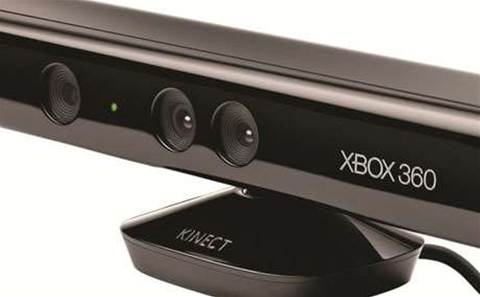 IBM is building robots using Microsoft's Kinect technology for a host of different applications, from greeting people in an office, to data centre and construction work.

IBM has already created a handful of data centre robots, which navigate by using the two-foot by two-foot grids that are typically found in such buildings, to keep tabs on machines via RFID and to monitor temperature.

But the company revealed to PC Pro that its next step is to create robots that rely on Kinect, using the Xbox motion detection system for navigation.

"With grids, it's very easy to do a visual SLAM (simultaneous localisation and mapping)... but we want to have a robot that can navigate an office environment," said John Lenchner, researcher at the IBM TJ Watson Research Center. "We’re experimenting with uses of Kinect... that will likely be the platform of choice in the future."

"Kinect builds what is called a 3D point cloud. You want, as you’re moving around, to piece together the 3D cloud set of everything you see into one coherent 3D model," Lenchner said. "There are many academic examples of that. We want to make that into something practical."

Whilst IBM initially plans to create Kinect robots for office greeting robots, Lenchner said they could also find applications in the data centre and on a building site.

"There are a number of use cases. The simplest one we’re toying with is a greeter robot, where it sits in the reception area, and before it has met the person, it builds a plan of our lab. It then takes the visitor [to the host]," he added.

"We’re doing that not so much because it’s a great utility but just as a proof of concept. We hope to use the robot during things like reconstruction projects, documenting the progress, so it will walk around, get a very, very detailed mosaic of what’s been done and store that for a point-in-time reference."

Customers won’t be able to buy the robots anytime soon, however. Not only is the project in its early stages – IBM has not mentioned it in public before – it's using a robotic base model designed by another organisation, making it trickier to sell on.

"It would be complicated [to sell it], so we've shied away from that. And also, we don’t see ourselves as a robotics company," Lenchner added.

Researchers across the world have been busy innovating with Kinect robots. Earlier this year, researchers at Cornell University in the US showed off robots that used Kinect to record people carrying out everyday activities, such as talking on a phone or chopping up foods, to help the machine understand the motions used.

The robot then used that information to predict what the person would do next. The machine could then assist in certain activities, as seen in the video below: