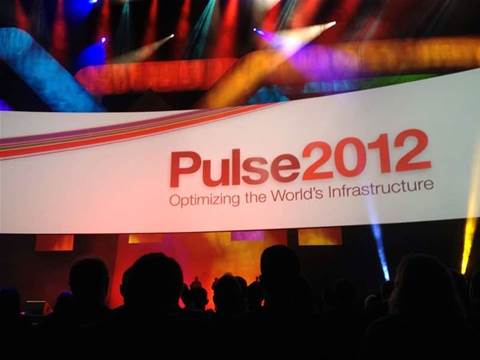 IBM has called for calm over cloud computing “hype and marketing” in the lead up to the launch of its new service management product, SmartCloud Control Desk.

The company’s general manager of Tivoli Software, Danny Sabbah, told its Pulse infrastructure conference this week that mobile and cloud technologies were the “new technology trend”.

But he warned the success of increasingly complex public, private or hybrid cloud environments hinged on tools for providing “visibility, control and automation”.

“We cannot continue to add random complexity with our isolated systems du jour,” Sabbah told some 8000 staff and customers at the conference in Las Vegas.

“The only way to continually improve is to define the right metrics, measure progress against those metrics, identify gaps and adapt quickly.

“Continuous improvement is not magic; it’s consistently boring,” he said.

“In this sense, cloud is no different from any other transition we’ve been through, as long as we realise that when done right, it’s much more than hype around simple notions like virtualisation and hypervisors.”

At the time, IBM chief Sam Palmisano said cloud computing would generate $US7 billion in revenue for the company by 2015.

IBM launched a platform-as-a-service offering, SmartCloud Application Services, in the US in October with a view to extending the service to global customers this year.

Its senior vice president of software and systems, Steve Mills, this week described the evolution of IT-as-a-service as “Darwinian”, with most businesses likely to choose buy over build in the coming years.

But there was “still a long way to go”, he said, noting that many of the 30 million servers installed across the world were “still very underloaded”.

“For all the projects that we do around the world, most companies are still running their major production systems as they have done before,” he said.

“They haven’t put them at risk by making them more shareable … because their businesses are dependent on those running 24 hours a day, 7 days a week.”

Mills defined the cloud as flexible, dynamic infrastructure and services that could be provisioned on demand to allow businesses to be more agile.

Despite data sovereignty regulations around the world, Mills told iTnews that IBM had no pressing plans to build new data centres for its SmartCloud services.

He said that any such plans would be driven by customer demand, noting that “standing up a data centre because of one company is not viable”.

IBM plans to reveal details of SmartCloud Control Desk tomorrow. The product is expected to bring together various service management and configuration tools in its Tivoli suite.

Those include: Tivoli Service Request Manager; Change and Configuration Management Database; Asset Management for IT; and Service Manager Quick Install.

“I hope you can see by now that we’re getting pragmatic, delivering incremental value, and most importantly, we’re getting focused,” said Sabbah in the Pulse opening keynote.

“We’re at an unprecedented point in history where technology is either going to enable us to drive incredible, necessary innovation, or kill our ability to move forward.

“If you want hype and marketing, go somewhere else,” he said.

Liz Tay attended IBM Pulse in Las Vegas as a guest of IBM.