IBM CEO Arvind Krishna: 'We are open to partnerships’ 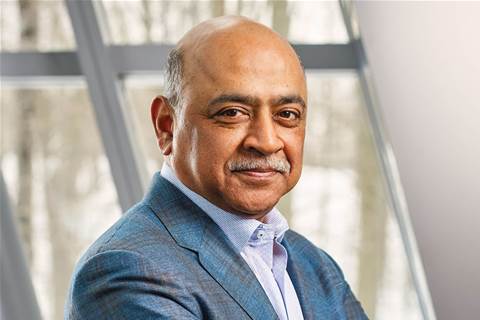 IBM CEO Arvind Krishna told the in-person and virtual crowds for his company’s annual Think conference this week that technology is at the heart of new business models – but so is an ecosystem of partners.

“You have technology, but you also have to work with an ecosystem,” Krishna said during his keynote address. “No one company has all of the expertise, has all of the technologies that any of our clients need to be able to scale their businesses. So you must, must work on co-creating within a large ecosystem. … We want to build an ecosystem that unleashes the full potential of hybrid cloud and artificial intelligence for your benefit.”

In his keynote, Krishna touched on themes he addressed in an interview before Think with CRN US and a handful of other media outlets.

Before the keynote, Krishna told CRN US in an interview that managed service providers, resellers and other partners “all make a lot of money by helping our clients deploy these technologies—and by these technologies, it is Red Hat, it is automation, it is AI, it is cybersecurity, it is even mainframe and power and storage in some cases. And going into clients and giving our clients value with our technologies is something they should all know we want them to do. And we are happy to work with them. We are happy to train them. We are happy to co-invest and co-market with them.”

Krishna continued that thought into his keynote, saying that the IBM of today is “much more open to working with others on partnerships, on innovation, on co-creation.”

“When you hear us say, 'let's create,’ it’s an invitation from us to all of you,” he said. “Let's come together. Let’s try to solve the business challenges. Let's embrace digital transformation. But it’s also an indicator that we are open to partnerships. We are open to working with you. We want to help create all of these things together.”

His spirit of togetherness reflects IBM’s strategy so far in the competitive landscape of cloud computing. So far IBM has left Amazon Web Services and chief cloud rival Microsoft to fight out the war for cloud supremacy while IBM works to dominate the hybrid cloud market.

The tech giant pushed that strategy forward during Think with an announced multi-year strategic collaboration agreement to offer IBM automation, artificial intelligence, security, sustainability and other software-as-a-service offerings through the AWS Marketplace.

The company also announced a plan to move more than 375 terabytes of data from on-premises and multiple cloud environments to SAP’s S/4HANA enterprise resource planning (ERP) system using Rise with SAP on IBM Power on Red Hat Enterprise Linux on IBM Cloud to accelerate the migration.

In April, IBM revealed that its revenue from strategic partnerships by “double digits,” with Salesforce, SAP, Amazon Web Services and Microsoft Azure leading the growth.

Here’s what Krishna had to say.

On hybrid cloud and AI

As we look all around us, I think we're at an inflection point in the world. I think we’d all agree, technology is beginning to transform every company and every industry. It's the only way we know how to scale business without adding cost in a linear way. And underlying that are the two transformative technologies of our time – hybrid cloud and artificial intelligence.

I think that they're helping transform every single company. But let’s just dig a little bit under that. Why? If you think about hybrid cloud platform, what's it about? It’s about flexibility of deployment. So you deploy where you want. Security, scale, ease of use – all leading to frictionless development, which is what we all want.

Why do we want frictionless. It’s speed. How do we get things done in hours or days instead of months and years? So that's a really big thought.

And the second is value. We believe you can get as much as two-and-a-half times more value from a hybrid cloud architecture compared to any other singular architecture – being only on public or only on private.

And that is why when you look at studies, Forrester (Research) tells us 80 percent of companies have already adopted a hybrid cloud architecture. That could be multiple public clouds, that could be a public and a private or some mixture therein. And that is giving them the speed and the value in order to move forward.

On the AI inflection point

Now, as we think about artificial intelligence, if we think about the amount of data being created today, 2.5 quintillion bytes every day – so that's 2.5 followed by 18 zeros for the math nerds out there – how are you going to process all this data?

So this data is being generated on public clouds, on private clouds, at the edge, and it's all being thrown at you – how are you going to be able to digest this data, get some insight from it, do something with it.

I think we would all agree – I think artificial intelligence is the only technology we know that can begin to do something with this data.

When we look here at a study that we, IBM, did with IBM's Institute for Business Value, 35 percent of companies are now acknowledging that they’re beginning to use artificial intelligence inside their enterprise processes.

By the way, that's up 4 percent, 5 percent over the last year. And if I look at these technologies, the way that typically goes it takes a long time to get into the low 30s. And then once you hit about 40, it goes, boom, almost all the way to 90. So you’re right at that inflection point on artificial intelligence.

And why are they doing it? Because when you look at all the shifts that are going on – on labour, on demographics, AI offers the chance to really automate and begin to take complexity and cost out of enterprise processes. And the same survey showed 30 percent of the 35 agree with that statement that that is why they're doing it.

There's also a critical role of artificial intelligence in cybersecurity. I think we’d all agree cybersecurity is a big issue that's upon us. Many of us think it will be the issue of the decade.

Half a million unfilled jobs in cyber right right here in the United States. So as you think about artificial intelligence – it is going to be a force multiplier. It is the technique that will help us figure out: Where are the bad spots? Where is there suspicious activity? How do I find the bad actor?

And that is what will allow us to take the speed on cybersecurity way up. Today, (the) average number is 200-plus days to get from when a data breach happens to be able to pinpoint it and fix it.

AI is going to offer us a way to reduce that dramatically. And hence there's such a major shift going on on the deployment of AI – demographics, automation, cyber – across a bunch of areas.

So what we see is that technology is no longer just a cost of doing business. Technology is a source of fundamental competitive advantage. And as we think about that, the rule of people who are on technology is changing.

So CIOs, CTOs, developers are becoming germane and at the heart of the business strategy. That is what is the change that is upon us, and that is so, so exciting. I actually fundamentally believe technology is going to grow faster than GDP for the years to come.

Look at the problems that are upon us. There’s sustainability, related to both environment and climate change. Cybersecurity, we just touched on. Supply chain disruptions. Demographics, meaning people with skills are not really growing, unless we find some hidden continent in the middle of an ocean. So I think we are done with people. There's inflation – so that means labor costs go way up. There’s geopolitical instability. And so technology is one way we have to get around these issues. And that is why it's a source of competitive advantage, no longer just a cost.

By the way, just on one of those, sustainability – studies are showing that now 51 percent of CEOs agree that it's a fundamental business issue. That’s up by almost 60 percent over the last year.

So many of these issues are around. We've talked about them for a long time. But now they have flipped over into becoming real business issues. And I will tell you, it’s not just a cost. It's not just a checkmark. I think sustainability also offers a way to help improve the business and actually lower your costs. It’s not just about trying to get a checkmark on ESG (Environmental, social and governance).

And we've seen so many examples of those upon us. And it is based on two traits. You have technology, but you also have to work with an ecosystem. No one company has all of the expertise, has all of the technologies that any of our clients need to be able to scale their businesses. So you must, must work on co-creating within a large ecosystem. … We want to build an ecosystem that unleashes the full potential of hybrid cloud and artificial intelligence for your benefit.

And the other piece that comes in is creativity. The currency of how we co-create has to be around the creativity that is unleashed when we all use hybrid cloud and AI. And deploying technology is what leads to business value. It's not the technology itself. … We have also unleashed our 'let’s create’ campaign. And that is very intentional on our side to call it 'let's create.’ Because when you hear us say 'let’s create,’ it's an invitation from us to all of you. Let’s come together. Let's try to solve the business challenges. Let’s embrace digital transformation.

But it’s also an indicator that we are open to partnerships. We are open to working with you. We want to help create all of these things together. I’ll give you two quick examples. So IBM – with Boston Dynamics and National Grid – is deploying autonomous robots at the edge of National Grid’s grid so that you can begin to increase uptime and find failures before they happen.

We are willing – we, IBM – are much more open to working with others on partnerships, on innovation, on co-creation. And so we are focused very much on helping them deploy technology, and that's why they’re the co-creators.

This morning, Dario (Gil, IBM senior vice president and director of research) and the team announced an extension of the Q computing roadmap outgoing to 2025 – originally, we were out to ’23 – with many thousands of qubits. … Many thousands of qubits, but also software breakthroughs so that developers can begin to get much faster access and do the tasks a lot quicker. … I ask you to just think of three really quick takeaways. One, technology is the fundamental source of competitive advantage.

Hybrid Cloud and AI – yes, they're important technologies, but creativity is the new currency. And since I think none of us can put creativity in a box, it’s very co-creation that is critical.

And we are committed to giving you innovation – innovation around hybrid cloud, artificial intelligence, quantum computing, and then helping you get them deployed to improve your business.

Our purpose is really to help you catalyse that progress together.

Grow your software revenue by selling these 5 affordable, essential tools for the modern workplace
By Wade Tyler Millward
May 13 2022
7:14AM