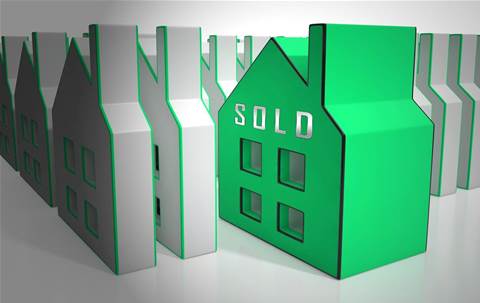 As IBM begins to lay the groundwork for its largest-ever divestiture, CEO Arvind Krishna elaborated this week on a long-term strategy, one likely involving more acquisitions, that he sees countering a recent trend of revenue declines.

Krishna described to investors an aggressive plan to fuel growth, not just for IBM but for NewCo, a publicly traded spin-out of a large part of IBM’s GTS consulting business that will create an IT services powerhouse.

“We are certain on our directions even in these uncertain times,” Krishna said.

Action to simplify and optimize its operational model by focusing on Red Hat and other transformational software products went into full swing at the start of the fourth quarter, Krishna said in presenting financials for the third quarter that ended Sept. 30.

While IBM arranges the spin-out of Global Technology Services, it will increase funding to Global Business Services, its other consulting arm, as well as in its core technological focus of hybrid cloud.

Big Blue will also invest more in ecosystem expansion—ramping alliances with large partners like ServiceNow, Adobe and Salesforce, as well as hundreds of ISVs it wants to position on its hybrid cloud platform and other cloud properties.

The coming investment in its software portfolio—both through organic development and acquisitions—will focus on innovations driven by Red Hat, as well as data, artificial intelligence and security products.

“We want all of the segments contributing to growth,” Krishna said.

NewCo investments will come in the areas of automation, infrastructure modernization and expanding its base of partners, Krishna said.

For IBM, the overarching goal is to seize upon the $1 trillion hybrid cloud opportunity by leveraging Red Hat and a larger software portfolio that’s been modernized to run cloud-native workloads, he said.

The transformational plan takes on greater clarity as IBM posts Q3 results that continue a pattern of revenue decline for each quarter of the fiscal year.

Big Blue saw US$17.6 billion in revenue for the quarter, down 2.6 percent from the same quarter of the previous year.

Cloud was a bright spot, with $6 billion in sales up 19 percent. Cloud and cognitive software was up 7 percent year-over-year.

Wall Street appeared more swayed by the financials than the roadmap Krishna outlined for long-term growth: Big Blue stock closed Monday at US$125.52, then notched down in after-hours trading to US$121.82 at the time of this publication.