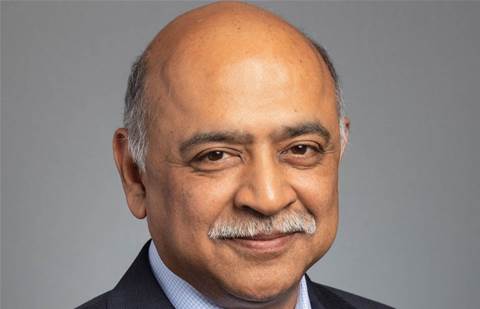 IBM has announced that long-time CEO Ginni Rometty will step down from the role and be succeeded by the head of its cloud business Arvind Krishna, effective April 6th.

Rometty, 62, will continue as executive chairman of the board and will retire at the end of the year, the company said.

An IBM statement offers no reason for the change, but features lead board director Michael Eskew saying the change was the result of "a world-class succession process"

"Ginni has provided outstanding leadership for IBM, substantially transforming the company and ushering in a new cloud and cognitive era."

"She has taken bold strategic actions to reposition IBM for the future, shedding businesses and growing new units organically and through acquisition, all while achieving record diversity and employee engagement and setting the industry standard for responsible technology ethics and data stewardship."

Rometty praised Krishna, saying he "has grown IBM's Cloud and Cognitive Software business and led the largest acquisition in the company's history. Through his multiple experiences running businesses in IBM, Arvind has built an outstanding track record of bold transformations and proven business results, and is an authentic, values-driven leader.  He is well-positioned to lead IBM and its clients into the cloud and cognitive era."

CRN understands the change has gone down quite well in IBM's local offices, where it's seen as a sign the company's board will not relent in driving Big Blue's transition to cloud.

Investors like the news too: IBM's after-the-bell stock price popped from US$136 to $143.

Sentiment in a Facebook group for former IBM employees was also far from kind.

Cloud application revenue made easy
By Staff Writer
Jan 31 2020
8:52AM