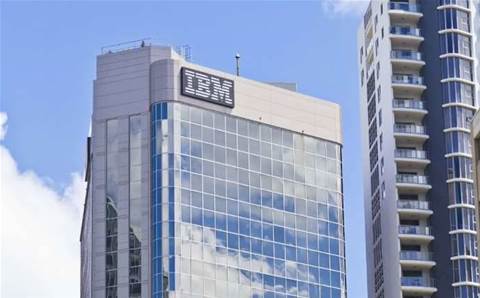 The new Sydney site follows the launch of the Melbourne facility at a Digital Realty-owned site in Deer Park last August, as part of Big Blue's $1.2 billion investment in cloud globally. IBM had flagged the second facility at that event.

IBM told CRN that the Sydney centre would have a capacity for more than 15,000 servers.

It’s understood that SoftLayer has built its facilities around the world according to a standard “pod” design. IBM’s Deer Park data centre footprint spans 10,000 square feet and has capacity for 15,000 servers and it’s understood that the Sydney facility has been built to similar specifications.

It is unclear where IBM has established the Sydney facility. Several industry sources gave conflicting stories to CRN and sister title iTnews. A number of well-placed partners said it was based in GlobalSwitch’s Ultimo data centre, but others said the facility could be anywhere within a geographic area stretching from Sydney’s silicon alley in the north to as far south as Mascot.

IBM declined to comment on the facility’s location beyond saying that it was “leasing space within an existing facility”.

The two facilities are among 40 that IBM plans to include in a cloud footprint spanning 15 countries in North America, South America, Europe, Asia and Australia at a cost of $1.2 billion. It aimed to establish 15 of those new data centre sites last year.

IBM acquired SoftLayer 18 months ago in a deal valued at $US2 billion.

Big Blue is not alone in being coy about its co-location partners.

Microsoft Azure went live with its Australian regions last October, with two POPs in co-location facilities in Sydney and Melbourne, understood to be NextDC – though that fact has never been confirmed by either party.

At least one of Amazon Web Services' POPs is thought to be housed in Equinix, though AWS has been similarly shy about revealing further details.

One of the first announced customers of SoftLayer Sydney is ChannelPace, the "crowd-sourced contact management system" developed by Australian channel veteran Greg Furlong.

“Two of ChannelPace’s key priorities are global reach and scalability. IBM Cloud’s growing number of SoftLayer data centers – all connected via SoftLayer’s global network – make it easy for us to expand and grow our business," said Furlong.

Furlong established ChannelPace after a distinguished career in partner roles for vendors including Lenovo, IBM and Acer as well as a stint with Network Neighborhood.