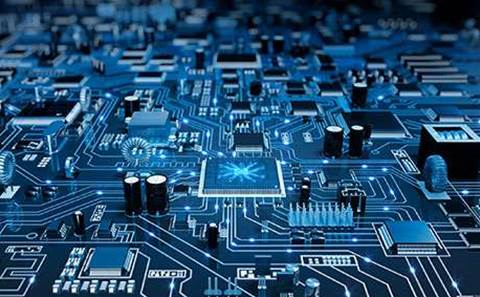 The human brain can process information much more quickly and efficiently than a regular silicon chip – so IBM has created a powerful chip that works like a brain.

The SyNAPSE chip is the first production-scale neurosynaptic chip, and features 5.4 billion transistors and 4,096 cores.

That represents one million programmable neurons, with 256 programmable synapses, capable of processing 46 billion synaptic operators per second per watt. Although these are very large numbers, the SyNAPSE requires only 70mW to run, which IBM said is "orders of magnitude less power than a modern microprocessor".

"There is a huge disparity between the human brain’s cognitive capability and ultra-low power consumption when compared to today’s computers," IBM noted.

The von Neumann architecture is the standard way of building computers, whereby data is stored in memory and must be moved into the CPU to be processed. The cognitive chips being created by IBM and its partners at Cornell University are different: each core has its own memory and computation resources, while still being able to communicate with other cores, making it "event-driven, parallel, and fault-tolerant".

The SyNAPSE chip is the product of a decade of research and development, and is the second-generation model following the release of a single-core prototype in 2011.

IBM said its announcement marks the "transition from the lab to commercialisation" – and to prove the architecture is scalable, it's built a 16-chip system, which Wired reports can process video in real time.

The chips are expected to work alongside existing architectures, with IBM characterising SyNAPSE as suitable for "right-brained cognitive capabilities like sensing and perception", as opposed to "today's traditional, left-brained, number-crunching computers".

They could be used for anything from distributed sensors – thanks to their low power use–- to supercomputers, IBM said.

"These brain-inspired chips could transform mobility, via sensory and intelligent applications that can fit in the palm of your hand but without the need for wi-fi."

IBM aims to use such chips in mobile devices such as smart glasses, and for applications such as monitoring the environment, medical testing and multimedia cloud services. It also envisions creating a neurosynaptic supercomputer by "tiling multiple chips on a board, creating systems that would eventually scale to one hundred trillion synapses and beyond".