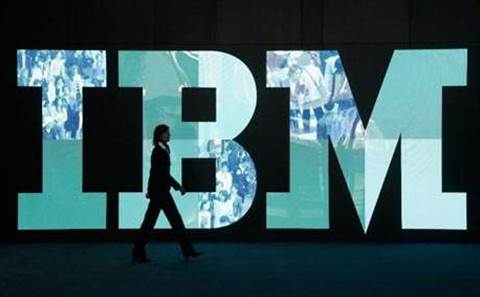 Rometty said in an interview with CNBC Tuesday that IBM is delivering hybrid cloud for enterprises -- a far different market than the public cloud from Amazon Web Services.

When asked how IBM is differentiated from Amazon Web Services, Rometty said IBM is delivering "cloud for the enterprise" with "good margin" for all its cloud services including Infrastructure-as-a-Service, Platform-as-a-Service, Software-as-a-Service and Process-as-a-Service.

"Enterprises have different requirements: security, privacy, being able to audit, placement of data, the biggest things big companies care about on cloud any serious enterprise cares about: where the data is and then you have to be able to connect the new data out on the cloud with data you already have," she said.

Rometty's declaration came on the same day that Armonk, NY-based IBM, which does 20 percent of its business through the channel, announced a US$600 million seven-year direct outsourcing deal with NiSource, a Merrillville, Ind., Fortune 500 energy company. The deal does not include IBM solution providers, said IBM.

Under the agreement, IBM, which reported it had annual cloud sales of US$4.4 billion last year, said it will help NiSource implement a hybrid IT model using SoftLayer's public cloud as well as a "private, secure cloud powered by traditional infrastructure."

Nearly one year after IBM paid $2 billion to buy SoftLayer, Rometty said SoftLayer was a "very wise" bet that has paid off for IBM. That's because, she said, SoftLayer was built from the bottom up as "public cloud for the enterprise."

"We made a big investment to buy SoftLayer and it has been an outstanding success married with the investment we already made in cloud," said Rometty.

Some questioned the high price of the Softlayer deal when it was announced in June. SoftLayer had revenue of US$400 million a year when IBM acquired the company from GI Partners, a private equity fund based in Menlo Park, Calif.

A CEO for an IBM Premier partner, who did not want to be identified, said he is skeptical of the SoftLayer cloud infrastructure offering. He said his Fortune 500 customers are not willing to risk their business in a public cloud environment such as SoftLayer.

"It's too big a gamble," said the CEO. "If their systems go down, it could cost them US$1 million a day. They would rather have their own data center, man it themselves and pay their own electric bill."