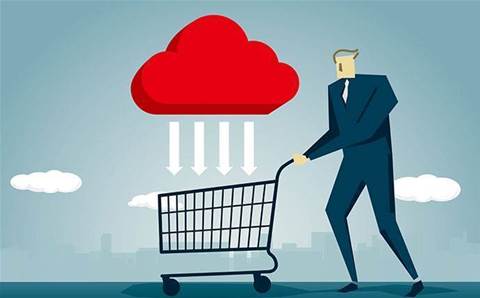 The move will give users faster, easier access to IBM software built on Red Hat OpenShift Service on AWS (ROSA) and cloud-native to AWS, according to an IBM statement Wednesday in the US. The two tech giants will also execute integrated go-to-market activities across sales and marketing, channel incentives, developer enablement, developer training and service development focused on oil and gas, travel, transportation and other industries.

The news came during IBM’s annual Think conference held online and with a small physical presence in Boston as the world continues to deal with the COVID-19 pandemic.

Inhi Cho Suh, IBM’s head of global strategic partnerships, told CRN US in an interview that the news presents an opportunity for IBM managed service providers, AWS MSPs and MSPs that work with both vendors.

“If you‘re an MSP, you may have clients that are running a broad range of IBM capabilities as cloud-native services on AWS,” Cho Suh said. “When I think about the role MSPs play for clients, they are the technology and business not just expertise but architecture and providing the full service. … So we just see this as a huge opportunity for the broader ecosystem to consume, access, leverage IBM technology anywhere across multiple clouds.”

Kathleen Curry, ’ head of worldwide strategic alliances for Seattle-based AWS, told CRN US in an interview that she agreed.

“For our customers, we’re really looking at automating and leveraging all the benefits of our cloud, our cloud assets and tools,” Curry said. “Our partners will be able to also use that for extensibility, scalability, and ultimately freeing up their resources to spend more time innovating, whether it’s with our technology or with their customers or adding more services to their portfolio given that we‘re going to be automating a lot of this for them.”

In the competitive world of cloud adoption, so far IBM has left AWS and chief cloud rival Microsoft to fight out the war for cloud supremacy while IBM works to dominate the hybrid cloud market.

AWS, meanwhile, has also invested in new alliances, including those with MongoDB and Snowflake.

In November, AWS announced a preview of a mainframe modernization service to help systems integrators and customers migrate legacy workloads to the cloud and assess migration readiness. The service allows for interoperability with AWS Cloud and IBM on-premises mainframe applications. IBM is an AWS premier tier services partner and managed cloud services provider.

IBM already has more than 30 software products available for manual deployment through AWS Marketplace even if users already have their own licenses, according to the statement.

Users can buy the IBM products in AWS Marketplace and set up and integrate the tools with AWS without deploying, updating or managing any of the infrastructure. The tools on AWS should provide high availability and elastic scaling on demand for unpredictable throughput needs, according to IBM. They will also support API, CloudFormation and Terraform templates for automation.

IBM Consulting and IBM Security Services are also available to help users build and deploy workflows, according to IBM. These employees have more than 10,000 AWS certifications and 13 AWS competencies, according to the company.

AWS has more than 100 dedicated resources in IBM Consulting, IBM Software, and Red Hat for business development, technical support and marketing, according to the company.