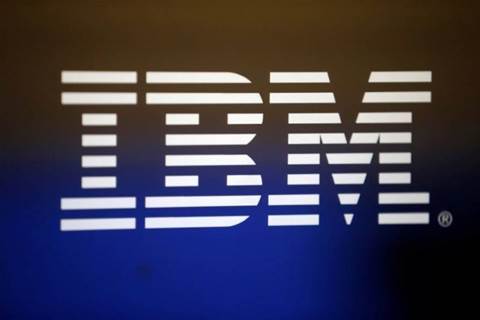 Shares of the Dow component were down 2 percent at US$150.78 in after-market trading on Tuesday.

Armonk, New York-based IBM has in recent years shifted focus to pockets of growth across its business — areas such as cloud, cybersecurity and data analytics — to counter a slowdown in its hardware and software businesses.

Revenue from these initiatives, which IBM calls "strategic imperatives," rose 5 percent in the second quarter ended 30 June. But the growth was slower than the double-digit percentage increases that the businesses had posted in the past several quarters, which could add to concerns about the pace of IBM's turnaround.

However, revenue from "strategic imperatives" rose 11 percent to US$34.1 billion over the past 12 months, the company said.

Revenue in IBM's technology services and cloud platforms business — its largest — fell 5.1 percent to US$8.41 billion. Analysts on average had expected $8.58 billion, according to financial data and analytics firm FactSet.

Total revenue dipped 4.7 percent to US$19.29 billion, marking the steepest fall in five quarters. IBM has not posted growth in annual revenue since 2011.

Analysts on average had expected revenue of US$19.46 billion, according to Thomson Reuters.

(Reporting by Pushkala A in Bengaluru; Editing by Sai Sachin Ravikumar)