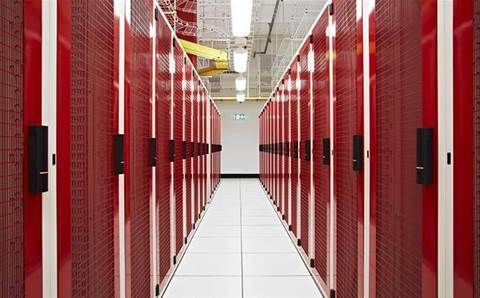 Gartner has identified IBM and Fujitsu as leaders in its Magic Quadrant for data center outsourcing and hybrid infrastructure managed services for Asia-Pacific.

The analyst firm assessed the top nine providers in the region, which includes Australia as a mature region, for their “proven ability to deliver in multiple regional countries.” 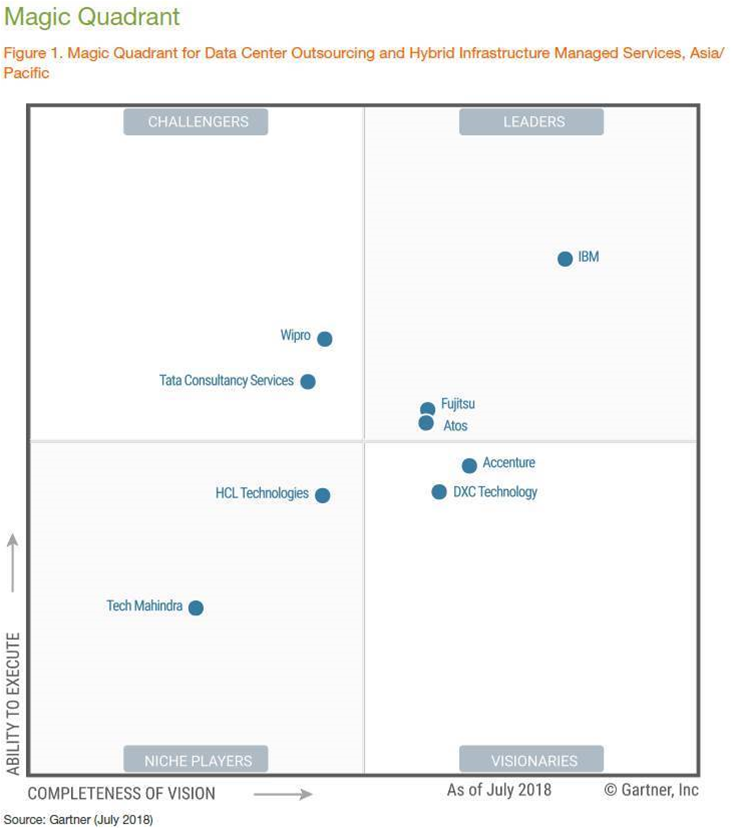 IBM was ranked as the leader on the quadrant, having the widest footprint across Asia-Pacific. The company had an estimated US$27 billion in outsourcing revenue in 2017, US$1.2 billion of which comes from is DCO/IUS in Asia-Pacific in 2017.

According to Gartner, IBM’s strengths lie in mixing its own IP with partnerships with the likes of AWS and Microsoft Azure for its managed solutions, along with its cloud migration factory methodology to accelerate migrations.

As for cautions, Gartner said IBM is still perceived as a large player more suitable to large customers. IBM has been making efforts to address those concerns by bringing decision making closer to customers and engaging with midmarket customers in Asia-Pacific. IBM is also reliant on its own technology when it comes to public cloud services and has a limited footprint in AWS and Azure.

Fujitsu’s DCO/HIMS business in Asia-Pacific was considerably smaller than IBM's, but is growing at a faster rate, growing by 29 percent to US$253 million in revenue in 2017.

The company managed 3931 physical servers in the region and 14,373 VMs, but tripled its public cloud VMs to 882 from the previous year. Fujitsu also provides ERP hosting for 10,860 SAP users but doesn’t have any Oracle footprint.

Fujitsu’s focus is on hybrid IT infrastructure management combined with a vertical focus health, retail, finance and manufacturing. The company has also established a digital pursuit specialist team and digital services business unit that specialises in cloud, analytics, IoT and AI to support “digital co-creation” with its customers.

Fujitsu’s growth stemmed from its DCO business as well as increasing its managed servers and growth in public and private cloud managed VMs.

Gartner cautioned that Fujitsu is yet to roll out K5 OpenStack availability in the region and that customers should explore the portfolio carefully.

Fujitsu also has a smaller install base compared to some niche players, nor does it have a mainframe management footprint in the region, which large financial institutions should investigate first.