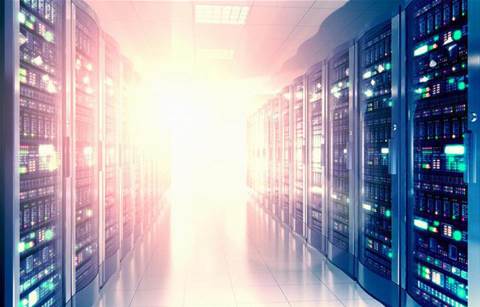 IBM and Hitachi continued to see a drop in external storage sales as Dell, HPE and NetApp revenue grew in the second quarter of 2021, according to research firm IDC.

IDC’s quarterly worldwide enterprise external OEM storage revenue is one of the basic barometers showing the health of the storage business and, for the second calendar quarter of 2021, it shows the industry to be a healthy one.

However, the IDC worldwide enterprise external OEM storage revenue list has its limits, such as that it includes external storage only, and does not include internal storage that companies like Dell and HPE ship with servers or PCs.

The quarterly report also does reflect the fact that businesses are changing how they purchase storage. Storage decisions are more likely to be made based on what will help companies grow their business and generate profits, and not where and how the data is stored.

However, that is at odds with Dell’s own reporting. Dell, for its second fiscal quarter 2022, which ended July 30, reported storage revenue of US$4 billion, down 1 percent year-over-year. The Dell figure, however, is for all storage, including storage sold with its servers as well as Dell’s storage software sales.

Jeff Clarke, vice chairman and co-COO of the Round Rock, Texas-based Dell, in reporting the company’s second fiscal quarter 2021 financials, said Dell has the broadest storage portfolio in the market, with the highest market share in high-end, midrange, entry-level, unstructured, object, all-flash and software-defined storage.

He also said Dell’s midrange storage sales grew 17 percent year over year, but that high-end storage sales fell due to the cyclical nature of that product segment. He also called the Dell PowerStore the company’s fastest-growing product it ever launched through its first five quarters.

HPE had a strong second calendar quarter 2021 in storage, with IDC reporting worldwide enterprise external OEM storage revenue of US$756.7 million, up 14.7 percent over last year, giving HPE a 10.9-percent market share for the quarter. Like Dell, the IDC revenue estimation does not include a significant amount of storage sold with its servers and other devices.

HPE said that storage revenue for its third fiscal quarter 2021, which ended July 31, was US$1.2 billion, up 4 percent over the prior-year period.

The company a 10-percent year-over-year growth in its software-defined storage sales, including sales of its Nimble storage technology. Sales of the company’s all-flash storage arrays grew by 30-plus percent over last year, led by the HPE Primera line.

NetApp, which a few years ago seemed to be a diminished force in the storage industry, continues its march forward from strength to strength. The company had worldwide enterprise external OEM storage revenue of US$685 million, giving it a 9.9-percent market share, according to IDC. That revenue was up 11.8 percent over last year.

Unlike Dell and HPE, NetApp is a pure-play storage vendor, and ships no servers or other devices with internal storage.

NetApp, for its first fiscal quarter 2022, which ended July 30, reported total revenue of US$1.46 billion, up 11.9 percent year-over-year. That included product revenue of US$730 million. NetApp also reported that its all-flash storage business grew 23 percent over last year. However, for NetApp, the future is in the cloud.

The company has taken the lead among legacy storage vendors in transforming its storage technology to work in public and private clouds, allowing customers to seamlessly migrate data between on-premises, hybrid cloud, and public cloud. That means that the total amount of data managed by NetApp technology increasingly may not be on its own hardware.

China-based Huawei is the growth leader in storage. IDC estimates Huawei saw second calendar 2021 worldwide enterprise external OEM storage revenue of US$619.5 million, which was up a whopping 26.7 percent over last year.

At that growth rate, it may be a matter of a few quarters before Huawei overtakes NetApp as the third-largest vendor and begin to threaten HPE for the number-two spot. IDC estimates that Huawei has an 8.9-percent market share.

Indeed, the only thing holding Huawei back is its lack of a U.S. market. Because of alleged ties between the company and the Chinese government, the company is effectively shut out of the U.S., which is the world’s biggest storage market.

Hitachi, which includes Hitachi Vantara, came in at fifth place in the worldwide enterprise external OEM storage market with revenue of US$338.3 million, which IDC was down 4.0 percent over last year. That was enough to give the company a 4.9-percent market share.

For Hitachi, storage is becoming a smaller part of its business as the company continues to find solid growth in the data analytics, data operations, IoT, and cloud markets. However, Hitachi is far from giving up on storage.

The company late last year introduced its first midrange all-flash storage arrays and its first storage-as-a-service offering. Much of the company’s storage is targeted at some of the higher-value offering it brings to clients such as data analytics.

According to IDC, IBM’s worldwide enterprise external OEM storage sales took the biggest hit of the top seven vendors, falling 36.0 percent over last year to US$322.9 million and a 4.7-percent market share.

IBM in its second fiscal quarter 2021 financial report didn’t break out its storage sales, instead including it along with its mainframe and Power server sales, although the company did say storage systems sales fell 7 percent over last year. But looking at IBM’s storage hardware sales is not the best way to understand its storage business.

IBM’s storage growth is coming from its software-defined storage sales, where margins are high even though revenue is lower than that of complete storage systems.

Pure Storage came in at No. 7 on IDC’s list of top worldwide enterprise external OEM storage sales leaders. IBM estimated Pure Storage’s revenue at US$287.4 million, up 12 percent over last year, giving it a market share of 4.1 percent. Given Pure Storage’s growth rate and the decreasing external storage sales from Hitachi and IBM, Pure Storage is likely to soon move up to the number five position.

Pure Storage in August said its total revenue for its second fiscal quarter, which ended Aug. 1, reached US$496.8 million, of which US$324.9 million was product revenue and US$171.9 million subscription services revenue.

Pure Storage is similar to rival NetApp in two key areas. First, it is a pure play storage vendor, and has no server or other hardware which might include internal storage. And the company is also pushing fast into the cloud with such moves as acquiring Kubernetes storage container Portworx and making its storage technology easily consumed in a cloud or as a service.

The Rest Of The Market

The rest of the market saw worldwide enterprise external OEM storage systems sales in the first quarter of about US$2.06 billion, or 29.7 percent of the total market, according to IDC. That represents growth of 17.6 percent over last year.

The rest of the market includes storage sales of smaller vendors, as well as sales to hyperscaler cloud providers.