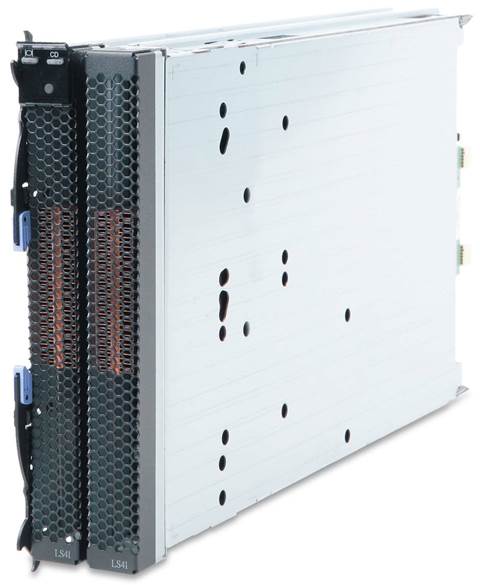 IBM has entered into the market for small, portable blade servers with an 'Office Ready Kit' enclosure for its BladeCenter S line of servers.

The 'Kit' will allow enterprises to run up to six blade servers in a self-contained system, and includes dust filters and a cooling system.

The enclosure connects to a standard power outlet and does not require any additional hardware, the company claims.

The 'Office Ready Kit' will also include a console for server and storage software from IBM.

Big Blue said that the system is designed to work as a standalone server within the office itself rather than as a data centre component.

The systems are designed for small businesses and branch offices that need a server system but do not have the space or resources to house conventional server hardware.

Corporate chains are also a target for the new BladeCenter models. IBM envisions a large company being able to deploy identically configured systems to each of its retail outlets or branch offices, allowing IT staff better management of offsite hardware.

In targeting small businesses and branch offices, the BladeCenter S will find itself going head-to-head with HP's C3000 Shorty servers.

Like the BladeCenter S, the Shorty is a self-contained blade system that requires no additional cooling and plugs into a regular power outlet.

"Overall, the BladeCenter S is very much a top-to-bottom reconsideration of the IBM BladeCenter, designed to be a fully integrated solution," he said.

"The C3000 looks a bit like a shortened version of HP's existing blade servers, but it has essentially the same set-up."

A superior design, however, may not translate to real-world success for Big Blue.

"From an innovation standpoint, the BladeCenter S is a more complete product, but HP is a much larger player in the small business space than IBM," said King. "By hard work and luck HP has a much larger audience to speak to."
Got a news tip for our journalists? Share it with us anonymously here.