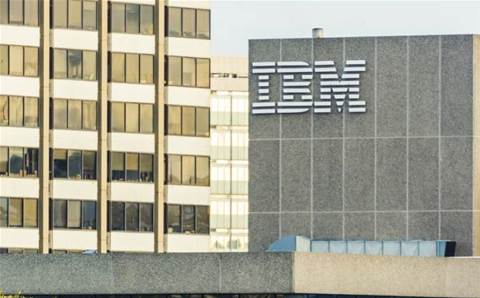 IBM Tuesday expanded its reach into the burgeoning artificial intelligence market with the introduction of a new converged infrastructure appliance marrying its all-flash storage technology with high-performance GPU-based servers from Nvidia.

The IBM SpectrumAI is targeted at new markets just starting to open up for channel partners, Herzog told CRN USA.

"It is extensible and composable, and can span the data pipeline from ingest to archive," he said.

Best of all, Herzog said, the IBM SpectrumAI will go to market 100 percent via indirect sales channels.

The IBM SpectrumAI isn’t IBM's first foray into providing a converged infrastructure platform on which to run AI workloads.

The first storage vendor to partner with Nvidia was Pure Storage, which in April introduced AI-Ready Infrastructure, or AIRI, which combines its all-flash FlashBlade storage with Nvidia's DGX-1 GPU-based platform and Arista networking. The company in May followed up with AIRI Mini, a lower-cost version featuring a lower-cost entry configuration and the option of Cisco Nexus 9000-based networking.

Herzog said that IBM has differentiated its AI-focused converged infrastructure offerings in a number of ways, including having the most robust offering in the market thanks to its Power server line, as well as multiple price points for its Nvidia-based version.

IBM is also unique in its software stack for its IBM SpectrumAI, Herzog said.

Options include the addition of OBM Cloud Object Storage for high-performance data archiving; IBM Spectrum Discover, which uses metadata to manage data; and IBM Spectrum Archive for archiving data to tape, he said.

The IBM SpectrumAI is based on IBM's FlashSystem all-flash storage array with all-NVMe performance, giving it a throughput of 120 GBps in a rack and over 30 GBps sustained random read in a 2U footprint.

Customers can scale the offering to up to nine Nvidia DGX-1 servers with up to two GPUs in a rack while scaling storage from a single 300-TB node to up to 8 Exabytes of data, Herzog said.