IBM partner boss speaks out on new 'One Channel Team' 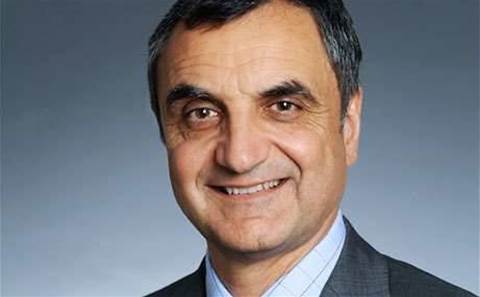 IBM's channel business is growing faster than IBM overall, and now with a new One Channel Team organisation put in place for 2015, the goal is to grow channel revenue even faster, said Marc Dupaquier, general manager, IBM Global Business Partners.

“The channel grew faster than IBM as a whole because we are nimble. We are faster and we now have clear execution. In 2015, we can go even faster,” Dupaquier said during a one-on-one interview with CRN USA at Big Blue's PartnerWorld Leadership Conference last week in Las Vegas.

How is the One Channel Team organised and does that mirror how IBM, as a whole, is now organised?

"IBM business units now include Watson, Security, Cloud, Analytics, Commerce, Systems and Services – new being Cloud and Commerce, and Security. Gone are many of the silos, such as software and STG.

"The One Channel Team is about taking 3,000 IBMers that were working for channel business units and bringing them all together for one combined approach for business partner.

"Last year, we announced that we would be creating a Commerce and Security group. And later we announced the Cloud group. So now we have seven groups. We didn't make an announcement about it because IBM doesn't make organisational change announcements."

Is the One Channel Team fully deployed, or is it a work in progress?

"We are 100 percent fully implemented. We have reorganised, we have a new streamlined, more modern, PartnerWorld portal. We have streamlined incentives to make it easier for our partners to understand how they can make money. What we have today is ready for the channel, but that's not to say we won't continuously be making it better."

What's the early feedback from partners?

"Partners love this new approach. They found there were way too many people coming at them from too many angles. So now we have one channel team with one approach and one set of tools. This is what they have been asking for."

How can the channel expect to engage differently with the One Channel Team as opposed to what it's used to?

"One Channel Team is one management system. Teams are still dedicated by subject – Watson, Security, Cloud, Analytics, etc.  We will also have geographic leaders. But we will make sure we are organised for the partner and their area of focus. So instead of a partner reaching out to multiple teams, they contact their regional representative who helps them identify the most effective parts of IBM to help them with their solution. By creating this new channel management, all the partner incentives will be consistent across all of IBM. That was a huge ask from our business partners."

Can you give an example of how the One Channel Team will work differently with partners?

"You still need to have specialisation. But specialisation can require an ecosystem of solutions from commerce, security and mobility. Now seven channel organisations are under one roof. That allows an IBM specialist to develop an end-to-end solution from product development to marketing services.

"Regional channel leaders, such as Tami Duncan [IBM North American channel chief] will be able to call on cross-brand people that specialise in solutions. They will sit with the partner and discuss where they want to invest.

"If partners say, ‘I want to drive new security offerings,' they might contact one of several security experts. Next, IBM will work with that partner on skills, developing a practice, building a marketing campaign, accessing leads and generating business opportunities. This approach to the channel has never happened before at IBM. It's a very big change for business partners as well."

At last year's PartnerWorld, IBM said 20 percent of its revenue went through the channel. With the divestiture of IBM's commodity x86 server business, how much revenue does the channel drive today for IBM?

"The way I look at this question is, it's a most irrelevant number. When you average the percentage, it's really meaningless. System X was 85 percent. When you look at our Power business, about half of the revenue is driven by the channel. Storage sees about 50 to 60 percent channel-driven. SoftLayer is about 30 to 40 percent. Other parts of our business do almost no partner business. I'm not sure those are very useful numbers."

What segments of IBM's channel business are most profitable to partners today?

"Security and flash. With our security business, we are selling out on our enablement and skills classes for North America. Partners know it's not just about selling software. It's about services, consulting and adding value to an organisation. We are seeing adoption of device management with Fiberlink MaaS360 services. Flash is also working very well regarding partners when it came to driving revenue in the fourth quarter."

Where do you see the most opportunity for growth within the business partner community?

"It's SoftLayer. Cloud services represent a huge magnitude of growth for partners. We see a lot of opportunities for  growth in 2015. We think we are going to see tremendous growth in that line of business in 2015."

With the changes to the channel organisation and within SoftLayer, have you also fixed some of the systemic problems within SoftLayer some in the partner community have complained about?

"We have a new cloud team and new leadership under [IBM Cloud SVP] Robert LeBlanc. Cloud is clearly a place where we had issues for a time. We did well and we could have done unbelievably better if we had not faced these issues.

"We had an advisory council on cloud services, and they worked to identify inhibitors to growth. In October, we assessed what was working and what was not working with our cloud strategy. And now a very large number of these issues have been fixed."

Talk about the changes within SoftLayer.

"We have a new management team at SoftLayer that is very much channel-centric. LeBlanc has been dealing with channel forever. His background is Tivoli and WebSphere – he has a lot of channel in his background. So he is coming from a very different point of view than the former team which, frankly, had no channel strategy. I believe we have fixed, and are fixing, the inhibitor that we have identified.

"SoftLayer has been one of IBM's most successful acquisitions. Today it's driving demand and the market is exploding. We believe there will ultimately be a small number of cloud leaders and that IBM will be one of them."