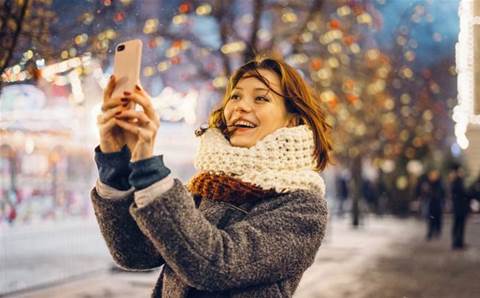 Melbourne startup Phoria has partnered with The City of Melbourne to develop an augmented reality (AR) mobile app to celebrate the holidays around the city.

The app, named “Santa’s Lil Helper”, was developed alongside IBM Cloud Garage and is hosted on IBM Cloud. Telstra will provide its 4GX network.

The app will transform six city laneways into an “enchanted digital world”, with users tasked to help “save Christmas” by finding Santa Claus and returning his lost phone containing his “all-important naughty and nice list”.

“The app also encourages visitors and shoppers of all ages to explore more geographically diverse areas of the city, which will give retailers in this area extra exposure during this critical trading period.”

The app will go live during the 2017 Christmas Festival, which runs until 24 December, and will display scenes at Federation Square, Degraves Street, Manchester Lane, Howey Place, Bourke Street Mall and Alfred Place.

“By working with the IBM Cloud Garage team on ideation and design, they were able to create an app that greatly improves audience engagement while also enabling them to better scale up and down with download traffic.”

“We are excited to be part of the 2017 Melbourne Christmas Festival in such a fun and engaging way,” Phoria cofounder Trent Clews-de Castella said.

“Our mission is to reimagine the way people experience physical places through immersive tools like AR and virtual reality.”