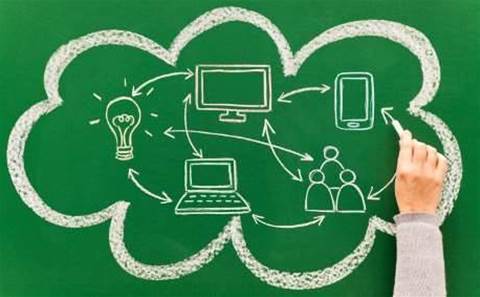 IBM partners that offer Big Blue's Power platform have a new offer to consider after Google announced it would run the servers in its cloud.

The move will prick up the ears of the many government and corporate users across Australia that use Power, as it offers a welcome alternative to current procurement possibilities. It also means channel partners invested in Power can have just a little more comfort about the platform's longevity.

The search and advertising giant announced that Power machines in its cloud also offer very low-latency links between Google’s other servers and services.

Google’s pitched this as mostly a hybrid cloud play: “You can run enterprise workloads like SAP and Oracle on the IBM Power servers that you’ve come to trust, while starting to take advantage of all the technical capabilities and favorable economics that Google Cloud offers,” the announcement cheerily intones.

Power is a fine architecture, but suffers from having been conceived at a time when tight coupling between hardware and software was the best way to run reliably. Today, virtualisation and cloud deliver sufficient resilience, speed and scale that the remnants of the minicomputer age have very few advantages.

But because Power comes from the age of tight coupling, apps that run on it are hellishly difficult to untangle and migration is a minefield. CRNis aware it’s still in use at some of the Big Four banks in mission-critical roles. Indeed, ANZ Bank was in 2019 hailed a “IBM Champion for Power Systems.”

IBM twigged to demand for cloudy Power in 2015 when it announced it would add the offering to its cloud. It landed a year late and even then in only one data location: Dallas, Texas. At the time of writing Dallas, Washington and Frankfurt are the only data centres hosting the service.

Late in 2019, well-placed sources told iTnews that Power would debut in IBM’s Australian cloud during 2020. If correct, IBM could beat Google into the local market: the product page for the new offering is beyond scanty, offering no detail of price, instance types or anything more than the need to contact Google’s sales team for more information.

What has been disclosed is “subscription-based service through the GCP Marketplace”, integrated billing with other Google cloud services and the ability to tap other Google services on Power systems (it’s unclear if that’s more than just using APIs).

At least the service seems not to be vapourware: Google says “Many enterprise customers, including leaders in energy and retail, have already begun modernizing their infrastructure with this new offering.”

Which will please Australian users, as it’s a rare organisation content to own and operate its own proprietary hardware in these cloudy times and the prospect of  not just cloudy Power but competition in the market will represent welcome alternatives in an otherwise constricted market.