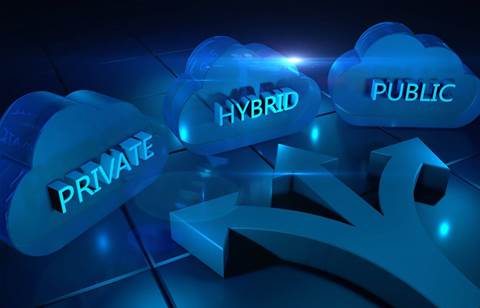 IBM is readying for the impending spin off of its services business as the company looks to become a hybrid cloud superstar.

In October 2020, big blue revealed plans to spin off its services business, which it tentatively dubbed NewCo. Once the split is complete, the vendor will maintain its top 50 local accounts and will open up the rest to local partners.

When the split was first announced, IBM said the move would transform it from a US$71 billion company with more than half of its revenue in services to one with a “majority in high-value cloud software and solutions” and more than 50 percent of its portfolio as “recurring revenues.”

Now the focus for the soon to be pure-play tech vendor is hybrid cloud. Building on the acquisition of Red Hat in 2019.

In October last year, analyst firm Gartner analysed the prospects of IBM after the spin-off of NewCo.

"The spinoff is intended to increase IBM’s focus on hybrid cloud and AI opportunities," the firm's US-based analysts said in a report.

"IBM’s acquisition of Red Hat brought new focus on cloud and brought an injection of talent, technologies and an enthusiastic customer base. IBM has leveraged Red Hat resources to recraft its cloud strategy with a focus on hybrid cloud platforms, based on Red Hat OpenShift, a technology that works across cloud platforms and on premises environments to support container-based, cloud-managed applications."

IBM’s local channel chief David La Rose told journalists that since the acquisition, the company had focused on re-tooling its solutions to fit with the new multi-cloud strategy.

“To accelerate consumption of our hybrid cloud platform, we are also rapidly expanding our ecosystem by adding hundreds of new partnerships with global system integrators, independent software vendors and major third-party software partners, and also elevating the role of partners,” Krishna said.

La Rose said clients in Australia, as in other parts of the world, had more than one cloud environment in their enterprise and that three to five clouds was now the average.

“The whole hybrid model and the containerisation that we've gone through, with openshift as the glue, allows us to work with an enterprise irrespective of the cloud decisions they have made, Microsoft, AWS, IBM, Google, it doesn't matter.

“In fact, the whole concept here is, you want to build once and deploy anywhere. That's the core of the strategy that we've got in place.”

What’s in it for partners?

Following the split, IBM the vendor would retain 50 local accounts or around 10 percent of its customer base. This leaves more than 400 customers which IBM says will be left exclusively for partners.

“We look at some clients that are very heavily service oriented with us today, where we've got deep engagements, those are going to be the ones that IBM is going to continue to have a face to face team centered around,” La Rose said.

“Then we have a vast number of clients where we are opening up the aperture to have our ecosystem play with us and those clients.

“That now levels the playing field… the ecosystem is now at the centre of IBM's growth strategy going forward."

La Rose said that once the managed infrastructure services unit becomes NewCo, as it has been referred to by IBM, the vendor will not give the company any special treatment.

“We will look at them on day one as a systems integrator, no different to how we look at DXC," he said.

“Now, on day one, it's going to be a systems integrator that has an incredibly large content of IBM infrastructure and software, but we will look at them as a global systems integrator, as we go forward. Treat them and manage them like that.”

This ecosystem is changing too with a cloud for every use strategy which the vendor outlined earlier in the year.

CRN understands that IBM will be restructuring its channel team with some members of the existing digital business group moving into new channel business units focussed on specific industry segments. IBM intends to brief partners in the coming weeks about how these changes will impact engagements.

What now for Watson?

The other piece of the puzzle is Watson, IBM’s supercomputer, which has struggled to gain traction in the market as other vendors such as Microsoft have developed their own artificial intelligence solutions.

Watson will now be integrated into IBM’s industry-specific cloud offerings such as finance, mining and healthcare.

Long-time IBM partner and Watson specialist Carrington Associates is a Sydney-based consultancy working with some of the largest organisations in the country.

The company’s founder and chief executive Sachin Khisti told CRN that with Watson now being integrated into IBM's cloud offerings, it made the package more attractive to customers, and that he had already seen a large uptick in new business as a result of IBM’s new channel strategy.

“We are getting probably 10 to 15 logos literally every month, whether there's a small deal or a large deal, just because IBM is focusing on partners first," Khisti said

“So we will continue to work on that. So any leads come from IBM, of course, but when we work on our own clients and try to create solutions, it all depends on the environment the clients have already.

“If the client already has a platform, we typically work on that whether it's IBM or AWS, but if they don't have it, and then they want to create a platform, then we kind of give them a recommendation. We recommend the best available platform given what you're looking for. So I think that's how we want to continue working with IBM and on our own account system.”

In November 2020, CRN reported that IBM Cloud was set to close its MEL01 data centre in Melbourne at the end of November as part of a modernisation program.

At that time IBM suggested three “modern” data centres in Sydney as migration options, specifically its SYD01, SYD04 and SYD05.

"To help our clients best serve their customers and optimise their businesses, IBM continuously evaluates, invests in and modernises its data centre infrastructure to ensure they can fully take advantage of the benefits of hybrid cloud,” the company said in a statement at the time.

CRN asked if IBM intends to serve all local customers through its Sydney facilities or if there were plans to open new locations around the country. The company had not responded by the time of publication.