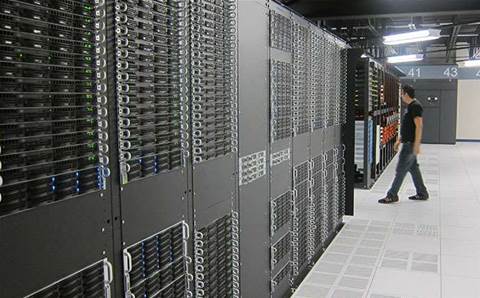 About three months ago, IBM further diversified its OpenStack technology base by acquiring Blue Box, a vendor of hosted private clouds and the software that enables them.

Big Blue expanded on Blue Box technology Wednesday by deploying Box Panel, the cloud management console that Blue Box developed, in the 40-plus IBM SoftLayer data centers around the world.

With Box Panel allowing IBM to remotely manage, update and patch private clouds while they are operating across IBM's global infrastructure, "you get elasticity, ease of use, but at the same time you get control of everything you want," Diaz told CRN USA.

IBM has staked a lot on a hybrid cloud strategy that leverages the interoperability of the OpenStack platform. IBM contributed about 10 percent of the code to the last OpenStack release.

"The way we differentiate is providing a consistent, geographically scalable cloud based on open standards, open source, that folks can connect with any other environment out there," Diaz said.

The benefits of OpenStack are becoming ever more apparent in the increasingly complex modern IT environment.

"No application is an island, especially in today's world," Diaz said. "A single application touches so many different providers."

But users still often prefer to host those applications on dedicated infrastructure exclusively used by their companies.

"Maybe they want some private cloud goodness," like greater control of data, "and public cloud goodness" like elasticity and ease-of-use, he said.

The Blue Box console gives customers an interface with which to manage OpenStack, allowing them to specify resources like RAM, number of cores and storage. At the same time, it frees those organisations from dealing with hardware.

"It is your machine. It's not shared. It is isolated. The benefit is that the actual hardware, it's all done for you. You don't have to manage equipment," Diaz told CRN USA.

And while the private clouds run on bare-metal, single-tenant servers isolated from other customers, they are still highly scalable through a process of adding blocks of RAM, CPU and storage.

While the new private cloud service enables another channel play for IBM partners, Diaz told CRN USA it's still too early to talk about resellers working with the new offering.