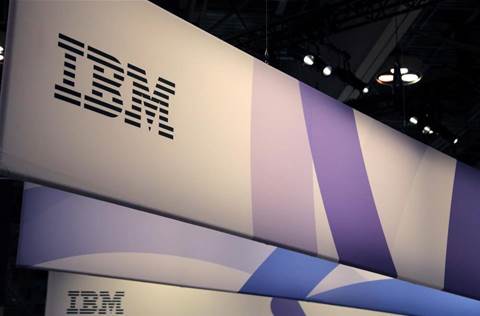 IBM missed Wall Street estimates for quarterly revenue on Thursday, hurt by a rare sales decline in its software unit as clients shied away from longer-term deals due to pandemic-induced economic uncertainty.

The 109-year-old firm is preparing to split itself into two public companies and the namesake firm will focus on the so-called hybrid cloud, where companies use a combination of their own data centres and leased resources to manage and process data.

Revenue from its cloud-computing business rose 10 percent to a record US$7.5 billion (A$9.7 billion) in the fourth quarter, with IBM saying it was confident of returning to sales growth in 2021 and expected revenue to grow in mid-single digits after the separation.

That was not enough to convince investors, however, as the company's shares dropped 6.7 percent to US$122.98 in extended trading after IBM's fourth consecutive quarter of sales decline.

"Our performance reflects the fact that our clients continue to deal with the effects of the pandemic and broader uncertainty of the macro environment," chief executive Arvind Krishna said.

"This puts additional pressure on larger software transactions this quarter and project delays in some services engagements."

Sales from cloud and cognitive, which houses IBM's software offerings and its biggest unit, declined 4.5 percent to US$6.8 billion after two years of growth.

Still, chief financial officer James Kavanaugh told Reuters an accelerated move to cloud by businesses, a sales rebound in the global business services unit and a weaker dollar make the company confident of returning to revenue growth this year.

Total revenue fell 6.5 percent to US$20.37 billion, missing analysts' average estimate of US$20.67 billion, according to IBES data from Refinitiv.