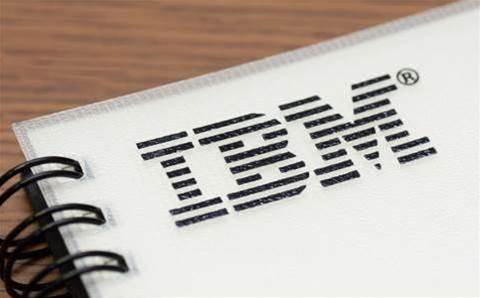 Shares of IBM, whose revenue has now fallen for 20 quarters in a row, were down 3.7 percent at US$163.71 in trading after the bell on Tuesday.

Analyst on average were expecting revenue of US$18.39 billion, according to Thomson Reuters I/B/E/S.

With demand for IBM's legacy hardware and software businesses stagnating, chief executive Ginni Rometty has been shifting the company towards areas such as cloud-based services, security software and data analytics.

Revenue from these "strategic imperatives", as IBM calls them, rose 12 percent in the first quarter to US$7.8 billion. The business accounted for 42 percent of total revenue, compared to 37 percent last year.

Excluding items, IBM earned US$2.38 per share, beating analysts' average estimate of US$2.35.

The company also said it expects adjusted earnings of at least US$13.80 per share for fiscal 2017, reiterating a forecast it gave on 19 January.

Since then, the average analyst estimate for earnings per share has risen from US$13.74 to US$13.78.

Up to Tuesday's close, IBM's shares have risen about 2.5 percent in 2017, less than the roughly 4 percent rise in the blue chip Dow Jones Industrial Average.

(Reporting by Narottam Medhora in Bengaluru; Editing by Savio D'Souza)