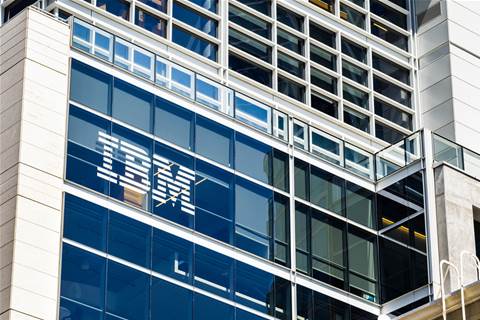 IBM announced two updates to its partnership with SAP Thursday – the tech giant is now a premium supplier for the Rise with SAP collection of subscription software and services designed for cloud migration and IBM has unveiled its “Breakthrough with IBM for Rise with SAP” portfolio of consulting services meant to help accelerate customers’ move to SAP S/4Hana Cloud.

The partnership is good news for Armonk, N.Y.-based IBM’s customers in highly regulated industries such as financial services, telecommunications and health care that need to bring specialized, industry-specific environments to the cloud, Howard Boville, IBM senior vice president of hybrid cloud, told CRN in an interview.

While competitors Amazon Web Services, Microsoft and Google have sought domination of the public cloud space, IBM has billed itself as the leader in hybrid cloud, helping customers get benefits from on-premises and cloud environments.

Boville said that customers using services from IBM and Germany-based SAP puts them on “a path where they know that they can future proof … they‘ll land on a platform that will be the one that will keep them in a good state going forward. And then SAP will do its release schedules against this new platform going forward so that you’ll get the new capabilities that SAP continues to actually put into the marketplace and do so more rapidly.”

Boville said the deeper relationship between SAP and IBM is good for partners because they’ll see decreased friction in achieving hybrid or cloud environments.

“The SAP-IBM partnership makes it easier for channel partners because they can get into a conversation where it‘s not super opinionated,” he said. “Which is – the answer’s cloud, what’s the question? Because it can be on-prem, it can be off-prem. It also makes it easier in terms of, OK, we give you the consulting capabilities of a company with 38,000 consultants with a deep level of expertise that de-risks the projects.”

SAP Cloud President Brian Duffy told CRN in an interview that Rise has been a partner-led operation, with resellers helping bring Rise to mid-market customers after its launch in January 2021.

Duffy said that value-added resellers (VARs) and systems integrators (SIs) continue to play a key role in Rise even as larger companies start to adopt it.

“This is a partner-led engagement – we can do what we can do, but we are not a services organization,” Duffy said. “We‘re heavily reliant on the ecosystem in general to do their part, which is why we’ve developed an adoption framework, which we‘ve rolled out to all the VARs, all the SIs, everybody to ensure that all of our customers are going to be able to benefit from this so we all know who’s going to do what and so that we can ultimately deliver on the transformation vision for each one of these customers.”

He continued: “What it allows us to do is to partner together to decide what is the best solution for a customer and, in the space of cloud, given that the return on investment is a lot quicker, that go-live can be a lot quicker, moving to standard is going to happen versus going in a customization route. We all need to be focused on the return to value for each one of those customers.”

Partnering with a company such as IBM – which follows SAP’s announcement last year of Google Cloud as a strategic partner for Rise with SAP – helps SAP fill in infrastructure gaps in its customer offerings.

“It‘s rare that you have in the tech industry where there are powerhouses like SAP and IBM coming together in order to serve our customers, but that genuinely is what we’re doing here,” Duffy said. “We‘re choosing to say, ‘We’re not going to be the infrastructure provider, because there‘s others who are really good at doing that – an IBM or other hyperscaler,’” Duffy said. “We’re going to leverage them.”

He continued: “We‘re not in a scenario where we’re competing with each other. And I think the evolution and the transformation that we‘re going through as a company is now we have to work hand in glove with an IBM as opposed to, potentially competing with them, which is a great evolution of the partnership, and one which I think is really going to help our customers as well.”

IBM is the sole “premium supplier” of Rise with SAP so far, Duffy said. For customers of both organizations, the partnership will help them figure out the best path to S/4.

In the summer, SAP expanded the set of pre-packaged digital transformation and cloud to include automotive, consumer packaged goods, retail, utilities, and industrial machinery and components industries.

SAP CEO Christian Klein has credited Rise with helping SAP’s cloud revenue growth, which was double-digit in the company’s most recent quarterly earnings.

The company closed Rise with SAP deals with 650 customers in the fourth quarter, bringing the total to 1,300 including Mahindra & Mahindra, CVS, Panasonic and Siemens. SAP said Rise with SAP was a major sales driver for S/4HANA Cloud during the quarter.

“Clearly, Rise is a blockbuster success in the market. And we are just getting started,” Klein said on the earnings call. “Our massive on-premises installed base of more than 30,000 ERP customers presents a significant opportunity for our Rise with SAP offering as these customers begin their transformation to the cloud. At the same time, Rise attracts many new customers.”

The company also continues to invest in its partner program, with recent investments including new go-to-market and revenue-share plan for partners, a new dashboard for tracking partner interactions with SAP and customers, and new solution test and demonstration capabilities.

Duffy said that SAP is growing faster than younger enterprise software upstarts such as Workday and Salesforce.

“We’re growing at a pace now – from a cloud revenue perspective – that’s faster than Salesforce and that‘s faster than Workday,” Duffy said. “If we said that in January last year, nobody would have believed us. But in order for us to continue to do that, we need to mobilize everybody to deliver on the outcomes not only within our four walls, but all of our partners as well. And what’s super great to see is that the SI and the VARs and everybody, they‘re all jumping on the bandwagon and we’re doing this together. And I think that‘s what’s really given us a lot of energy and a lot of momentum in the market.”