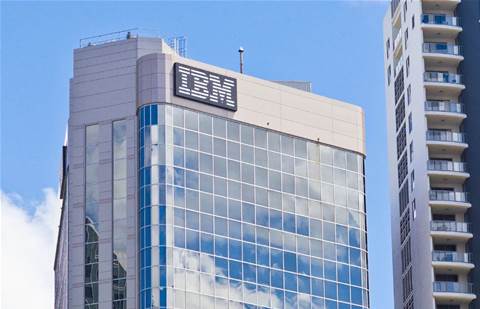 The 109-year-old company expects the spin-off of the GTS managed infrastructure services unit—which it is referring to as “NewCo” for now until it adopts a formal name—will be completed as a “tax-free” deal by the end of 2021.

The spin-off news sent IBM shares up more than 6 percent in midday trading to US$131.20.

IBM is touting NewCo—which has a $60 billion services backlog—as the “world’s leading managed infrastructure services company.” The services spin-off will have more than 4,600 clients in 115 countries including more than 75 percent of the Fortune 100. IBM’s overall GTS business —which provides consulting, business process and application management services—reported sales of US$27.36 billion in 2019.

IBM will retain its US$16.63 billion Global Business Services unit with business, strategy and technology consultants that are chartered with helping customers modernise existing applications.

It is unclear how much of GTS’ US$27.36 billion in annual sales will move to NewCo, but the highest it would rank on the CRN USA Solution Provider 500 on its own would be No. 2 behind Accenture.

“This is the first smart move IBM has made in 20 years,” said Martin Wolf, president of martinwolf M&A Advisors , one of the top channel investment advisory deal-makers in the US. “They had an unwinning hand. The problem with IBM’s business model for the last 20 years is they have competed against best-of-breed product and services and they weren’t best of breed. The weakest component of the business was subsidized by the strongest. They should have been broken up 20 years ago.”

The NewCo spin-off leaves IBM with Red Hat as its crown jewel, “laser-focused” on the US$1 trillion hybrid cloud opportunity, IBM CEO Arvind Krishna said in a press release.

“Now is the right time to create two market-leading companies focused on what they do best,” he said. “IBM will focus on its open hybrid cloud platform and AI capabilities. NewCo will have greater ability to design, run and modernise the infrastructure of the world’s most important organisations. Both companies will be on an improved growth trajectory with greater ability to partner and capture new opportunities—creating value for clients and shareholders.”

IBM said the spin-off transforms it from a US$71 billion company with more than half of its revenue in services to one with a “majority in high-value cloud software and solutions” and more than 50 percent of its portfolio as “recurring revenues.”

Wolf said he believes if shareholders were the “paramount concern” IBM would have focused purely on Red Hat after the US$34 billion acquisition of the open-source market leader in 2019. “IBM should have gotten rid of everything else, making it a pure play,” he said. “This is the smartest move they have made in 20 years including the Red Hat acquisition, which was brilliant. IBM should have gotten rid of all the old IBM legacy units when it bought Red Hat.”

IBM has a storied history of selling off businesses that have created significant shareholder value, including the sale of its PC business to Lenovo in 2014 for US$2.3 billion and the sale of its customer care outsourcing business to distributor Synnex for US$505 million in 2013, said Wolf. “Those spin-offs created billions of dollars in value,” he said.

As for the impact on the channel, Wolf said it is not material. “I don’t think IBM really matters to the channel anymore,” he said. “They are not significant. You never hear partners talk about IBM. I hear them talk about ServiceNow, Salesforce but not IBM.”

The spin-off is subject to closing conditions, including a registration of securities with the U.S. Securities and Exchange Commission, a tax opinion from its counsel and final approval by IBM‘s board. After separating, the companies expect to pay a combined quarterly dividend no less than IBM’s pre-spin dividend per share.

As part of the reorganisation, IBM said it would “simplify and optimize its operating model for speed and growth” by streamlining its geographic model and overhauling its go-to-market structure, while continuing to consolidate its shared services. It was not immediately clear if that would include layoffs.

As to whether IBM ultimately moves to more aggressively embrace partners, Venero said it will depend on whether IBM hits its sales targets. “If they are not hitting the sales numbers they need, they will have to rely more heavily on partners,” he said.