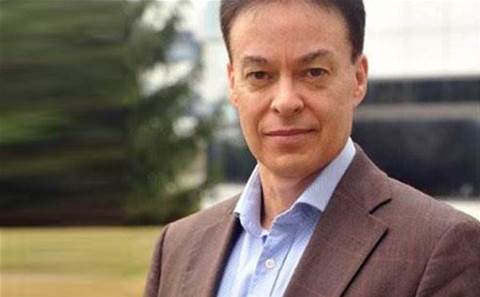 IBM has filed a lawsuit trying to stop its former CIO from starting a new job with Amazon Web Services.

In a complaint filed last week in a New York federal court, Big Blue argues that Jeff Smith knows highly sensitive information about the next-generation of cloud computing technologies that IBM is currently developing, and will share them with AWS if allowed to work for the cloud rival.

IBM believes a non-compete agreement should prevent Smith's employment with any rival until May. The case was first reported by Westfair Online, a New York business news publication.

It was revealed in May that Smith would leave his role at IBM to "explore other opportunities". Later that month he agreed to sit on ANZ Bank's technology advisory panel to help guide the bank through its massive agile transformation.

Smith "resigned to compete against IBM" and had knowledge of "IBM's most closely guarded product development plans", the lawsuit states.

Those plans allegedly involve new cloud offerings Big Blue intends to launch in the next year. They "will combine new hardware and software to provide cloud computing services to large enterprises that are faster, more secure and less expensive than before", the document states.

"Mr Smith possesses a wide range of highly confidential information on upcoming technological advances in IBM’s cloud design that would be extremely valuable to IBM competitors such as AWS," an IBM spokesperson told CRN USA.

"Mr Smith, while employed by IBM in a senior technical position, engaged in repeated contacts with a senior executive at AWS and then wiped his mobile devices of data after informing IBM that he planned to violate his non-compete to go to work for the CEO of AWS. The company will vigorously protect its intellectual property," the spokesperson said.

AWS did not respond to a request for comment on the case.

IBM said that Smith was hired to serve as a vice president at AWS in a senior leadership role managing overall strategy and operations. He would report directly to AWS CEO Andy Jassy.

IBM also accused Smith in the court filings of already sharing corporate secrets with Jassy "while he was a trusted IBM executive".

Smith "wiped" his IBM-issued phone and tablet to prevent IBM from discovering secret communications with the AWS CEO, the lawsuit alleges.

Smith was one of roughly 300 members of IBM's growth & transformation Team. IBM claims he was among the dozen highest-ranking IBM execs involved in important strategic discussions.

Smith left IBM in May. In addition to preventing him from working with a competitor for the next nine months, IBM said the breach of their non-compete agreement allows equity in the company earned over the last year to be rescinded. That amounts to roughly US$1.7 million dollars in stock bonuses.

The judge hearing the case initially barred Smith from taking the job until the case could progress in court, but later modified a restraining order to allow him to show up for work at Amazon just to receive training.

Smith started as chief information officer at IBM in August of 2014. Before coming to IBM, Smith worked as CIO of Suncorp, and was CIO of Telstra from 2001 to 2005.

Amazon sued former vice president for enterprise applications, Gene Farrell, who was hired as head of product at Smartsheet, a Bellevue, Washington-based software vendor that was once known as a prominent AWS customer.

AWS argued in a state court that Farrell took a position in which he could share Amazon's cloud secrets with a rival, many of which he helped formulate. A week after filing, Amazon dropped the case, and a judge lifted the restraining order preventing Farrell from working at Smartsheet.