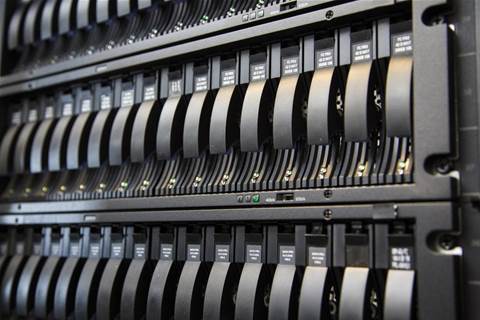 Early this morning, IBM made an online announcement about new storage products that aim to meet the growing data needs of smaller businesses.

The FlashSystem 5200 is a high-speed, entry-level flash storage system that will be generally available in March, followed by hybrid cloud and container-centric updates.

The company states that the 5200 will be available at a base price that is, on average, 20 percent less than its predecessor, depending on configuration.

The 5200 will start with 38TB of data capacity and can grow up to 1.7PB in a 1U form factor, offering 66 percent greater maximum I/Os than its predecessor and 40 percent more data throughput at 21GB/s.

IBM points to findings from IDC that global data creation is expected to grow to 143 zettabytes by 2024 and points out that smaller organisations will be in need of better storage solutions.

It will come with IBM Storage Insights for storage visibility and IBM Spectrum Virtualize for storage consolidation and management.

Also included are data resiliency functions such as IBM HyperSwap, which supports automatic failover in case of a site incident.

Two additional models were also announced: the FlashSystem 5015 and 5035, both of which are 2U systems designed for organisations with less demanding performance and growth requirements but include the same Spectrum Virtualize and Storage Insights functions.

The company will add support for its Cloud Satellite, SAN Volume Controller, Elastic Storage System and Spectrum Scale to the FlashSystem portfolio.

Cloud Satellite is an as-a-service solution that is being designed to enable companies to build, deploy and manage cloud services in any public cloud, on premises and at the edge.

Updates to Spectrum Virtualize for Public Cloud will enable replication or migration of data from heterogeneous storage systems between on-premises environments and IBM Cloud or Amazon Web Services.

IBM plans to extend the same capabilities to Microsoft Azure starting with a beta program in the third quarter of 2021.