IBM to use Google desktop search deep inside firms 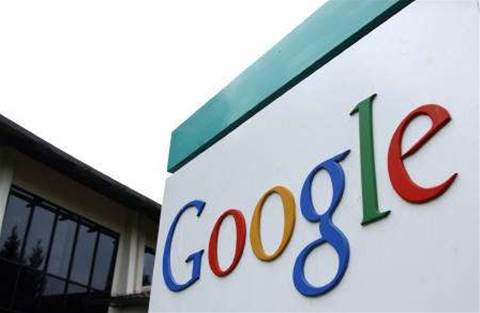 SAN FRANCISCO (Reuters) - IBM and Google are collaborating to make it easier for office workers not only to search for local documents and personal email but to delve deep into corporate databases, the companies said on Friday.

IBM is linking up its OmniFind corporate search system with Google's free desktop search for business to make it easier for users to locate information throughout an organisation that is often locked up in many separate systems.

"Getting these two products together makes sense for both of us," David Girouard, general manager of Google's enterprise business unit. "If you want to have a good corporate search product, you have to have desktop search," he said.

Searchable data ranges from email to computer files to blog postings to corporate repositories of data, images, audio or video. Much of this is not available using public web search tools. Typically, it is hard to reach inside a company except by trawling through many different programs.

"There is a lot of information that passively sits inside an enterprise," said Jon Prial, IBM's vice president of content management. "Our intention is to provide more of an active service that gives a single view of all that information."

No money is changing hands in this partnership by the world's biggest computer company and the leader in web search.

But coming just weeks after a software and research pact by Google and Sun Microsystems, the IBM deal enlists yet another potential ally as Google increasingly faces off with rival Microsoft on PC desktops.

Prial downplayed any grand strategy in IBM's dealings with Google, but said it was part of a broader push IBM calls "information as a service", which the computer company plans to make more explicit over the coming months.

This move draws on 14 acquisitions IBM has made since 2001 through which it is seeking to give corporate users a single view of product or customer information or to find "non-obvious" ties between people or products.


Needle in the haystack

Users of IBM's WebSphere integration software would have access to information stored inside rival business databases and content management systems, not just those from IBM.

"There's a lot of raw data inside an organisation -- as much as 80 percent is unstructured and something has to happen to make it into information," Forrester analyst Barry Murphy said of data forgotten on employee hard disks or other places.

IBM customers can use the Google-IBM search combination by buying IBM products and services and building their own in-house system or rely on IBM to create a pre-packaged system, tailored to the company's industry, the company said.

Google's strategy is rather to use its popularity with consumers at home to slip into offices by relying on the actions of millions of employees to each download its tools.

"Information technology used at work has been evolving much more slowly than among consumers," Girouard said. "We think there is a great opportunity (for our consumer users) to bring products to the workplace that are Google-like," he said.