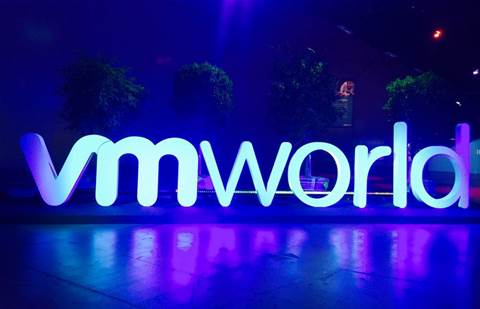 VMworld Europe has always been the less-important of VMware's two big global gabfests. The company makes its biggest splashes at its US event and then adds some follow-ups and minor announcements once its caravan lands in Barcelona.

And so it has proven again this year: VMworld Europe saw the company announce it has acquired Kubernetes (K8s) deployment company Heptio and formally launched its Blockchain. Both are tactical: VMware wants in on Blockchain like any other vendor and thinks it has done a good job of building one that’s secure and energy efficient. The Heptio buy reflects VMware’s long-held ambition to be a relevant management option for applications of any kind, not just those encapsulated in virtual machines.

VMware’s shown that again with an announcement of more interest to VMware’s horde of users: version 3.5 of Cloud Foundation, the bundle of vSphere, VSAN and NSX that VMware offers to run on-premises and in the cloud for smooth hybrid cloud builds. The new version adds support for K8, which gives keep VMware users keen on containerized cloud-native apps plenty of reasons to keep vSphere and vCenter at the heart of their data centres.

Unusually, the event featured news for Australians in the form of an extension of IBM’s partnership with VMware. The two now offer a new “global cloud architecture for mission-critical VMware workloads” that can automate failovers within an IBM Cloud region. As IBM’s cloud runs in Australia, that means local users can contemplate moving VMware workloads to the IBM cloud in the confidence that there’s extra resilience on offer.

One thing missing among all the day one announcements was a hint of what VMware plans to do with CloudHealth, the cloud-cost-calculator it acquired in October 2018.

In recent discussions with VMware executives at the company’s vForum in Sydney, CRN got an inkling of the company’s plans, which centre on the fact that vRealize Operations tool already has a library of costs for on-premises IT. It's granular stuff that can tell you the per-hour cost to run a server or storage array.

VMware plans to marry that library with CloudHealth’s own data for public cloud costs to build tools capable of recommending where and when workloads should run, in close to real-time, on the basis of cost or capacity. Across on-prem and public clouds. Helping things along is VMware’s tight relationship with Dell, which will give it granular data about on-prem costs.

VMware won’t have this market to itself: Nutanix’s Beam is a similar offering and NetApp recently adapted its own OnCommand Inisght into a cloud service.

But VMware won't just have the ability to advise on the best place to spawn and run apps or containers for the next hour. It also has the ability to move them non-disruptively. If VMware can nail that combo, it will offer something pretty extraordinary to ops team.

Back to the present: VMworld Europe also saw the announcement of new VMware-on-AWS cloud regions in Ireland, Northern California and Ohio, plus better MacOS integrations for its Workspace ONE en-user compute tools.

Grab the MSP security opportunity
By Simon Sharwood
Nov 7 2018
10:50AM