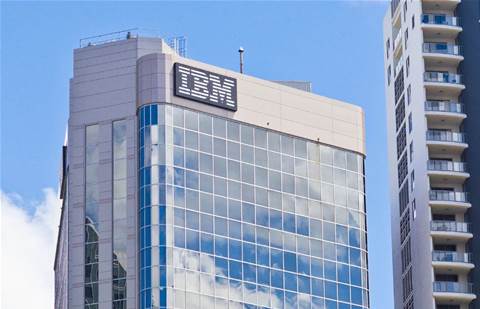 IBM Tuesday expanded its Storwize storage system line with new versions of its Storwize 5000 family that bring high-performance NVMe storage to a wider range of customers.

"This completes the refresh of the Storwize product line," Herzog told CRN USA. "It started with the new Storwize V7000, and now we're refreshing the Storwize V5000 line with more software, more performance and more NVMe."

New to the Storwize V5000 family is the V5010E, which replaces IBM's existing V5010. The V5010E brings customers high-performance NVMe storage capabilities, with twice the maximum IOPs (I/Os per second) at a 30 percent lower price point than the V5010, Herzog said. It allows capacity to scale to 12 petabytes, he said. It also scales to support up to 392 flash drives.

New to the family is the Storwize V5100/F, which offers the same capabilities as the other new members of the 5000 family and scales to up to 1520 drives. IBM's FlashCore flash storage modules are proprietary modules featuring both flash storage capacity and hardware-accelerated I/O. The latest FlashCore modules are FIPS 140-2 certified for security requirements.

Also new with Spectrum Virtualize for Public Cloud is "air gapping," which allows a snapshot of data to be isolated from the production environment so that if there is a malware attack it does not impact the most recent secondary copy of the data, Herzog said.

IBM plans to introduce support for the Container Storage Interface, or CSI, in the second quarter, Herzog said.