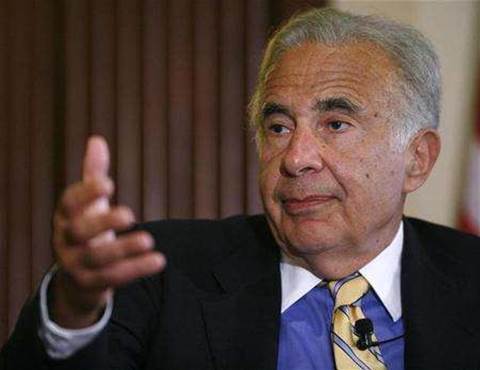 Billionaire investor Carl Icahn is stepping up his efforts to derail Michael Dell's attempt to win shareholder support for privatisation of his company. Icahn, along with Southeastern Asset Management, pledged Thursday to boost his bid for Dell above the $14-per-share price that would buy him a 72 percent stake in the company. Icahn didn't say how much he was willing to bump up his offer but promised to take action Friday.

Icahn is stepping up his efforts to gain control of Dell as shareholders prepare to vote on the buyout offer proposed July 18 by Michael Dell and private equity firm Silver Lake. In February Dell and Silver Lake made an offer to investors to buy shares at $13.65 apiece and take the company private.

At stake are two opposing views of what the future of Dell should be. Icahn has said he believes that Dell should stay public, that Michael Dell should be replaced, and that shareholders should benefit from any turnaround for the ailing company. Michael Dell has argued that taking his company private would allow it to plot a long-term growth strategy that may not show quick-enough returns to please investors.

Icahn Thursday lobbed another salvo at Michael Dell in an attempt to thwart his privatisation goals. In a letter to Dell shareholders, Icahn urged them to invoke their "appraisal rights." Icahn has argued that Dell's $13.65-per-share bid is too low. If investors invoke their appraisal rights, Icahn argued, they stand to have a judge rule if Dell's shares are worth more than $13.65 and could force the company to pay more if the buyout is approved.

"The Special Committee cautions Dell stockholders that Carl Icahn's latest entreaties that they pursue appraisal with respect to the Dell acquisition misrepresent the risks and costs involved in this course of action," wrote the special committee of Dell's board of directors. The special committee also argued that the move could blow up in investors' faces and leave them with a Dell that will remain public and with share prices below $13.65 apiece, according to the statement.

Patrick Mulvee, vice president of sales and marketing at Sidepath, a Dell partner based in Irvine, Calif., told CRN earlier this week he felt that a private Dell would be best and allow the company to focus on reinventing itself rather than worry about its stock price.

As expected, Icahn on Friday in a letter to Dell shareholders upped the ante in his bid to take control of Dell by adding warrants to his $14-a-share offer. Icahn says the warrants, which are a type of stock option issued directly by a company to shareholders, could increase the value of Dell's stock to $15.50 to $18.00 per share. Dell stock holders would have seven years to exercise their rights to buy one share of Dell at $20 apiece for every four shares they already owned. The deal could tempt some investors to back Icahn if they believe Dell shares will trade above $20 in the next seven years.

This story was updated on July 12, 2013, at 4:30 p.m. PST, to include information made available after press time about Icahn's Friday letter to Dell shareholders regarding the additions of warrants to to his offer that could raise Dell's stock value to $15.50 to $18.00 per share, potentially tempting investors who believe Dell's share could trade above $20 in the next seven years.