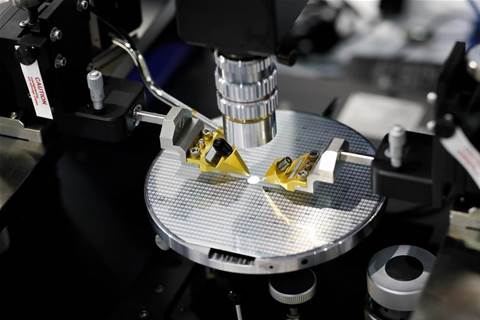 Research firm IDC said "significant contraction" for global semiconductor revenues is highly likely in 2020 as a result of the coronavirus pandemic, but technologies like 5G, IoT and high-performance computing could help the industry recover in the long term.

Those were two of four forecast scenarios IDC released on Wednesday to highlight the potential impact of the COVID-19 coronavirus pandemic and global efforts to mitigate it on supply chains, demand and technology initiatives for semiconductor companies this year. The 3-12 percent decline would mark a sharp reversal from the 2 percent annual revenue growth IDC previously projected.

"The emergence of COVID-19 has brought with it travel bans and quarantines; massive slowing of the supply chain; uncertainty in the stock market; falling business confidence, and growing panic among the population," said Mario Morales, program vice president of semiconductors and enabling technologies at IDC, in a statement.

That means for the more likely situations, it will take longer for the semiconductor industry to recover. With a 3-6 percent decline in revenues, it would take three to nine months for supply chains, demand and technology initiatives to recover, which IDC said would have a $US25.8 billion impact on the industry.

"Under this scenario, the supply chain will start to recover, and quarantines and travel bans will ease, over the summer," the firm said. "While the impact of the virus will be felt through the bulk of the year, the accumulated knowledge about the virus, public health initiatives, and other efforts will to some degree mitigate harm done by COVID-19. In the short term there will be lower demand for systems and some impact to component availability, but as recovery sets in, growth will return to the market."

For revenues to decline 12 percent or more, supply chains would need to stabilise in one to three months while it would take nine to 12 months or longer for demand and initiatives to stabilise.

In an email to CRN, Morales said he expects that "U.S. data centre and enterprise markets will actually do better than the consumer-facing markets that are being slowed by travel bans, closure of retail stores and quarantines around the world."

"PC, Tablets, smartphones, and automotive will see lower unit volumes overall, given the large concentration of business in China and the follow-on slowdown in demand from the U.S. and Europe after we get through the global outbreak, " he said. "China accounts for almost one third of the semiconductor demand, $US130.6 billion in 2019."

While the timing of the recovery is uncertain, Morales said, semiconductor companies "must continue to focus on their long-term investments, maintain engagement with partners and prospects and look to specific markets for stability."

"Emerging technologies like 5G, the Internet of Things, high-performance computing, and intelligent edge will be fundamental to an overall recovery by the technology sector," he added.

Three major semiconductor players in the IT channel — Intel, Nvidia and AMD — have yet to revise their revenue forecasts since their most recent earnings in January and February, when the coronavirus outbreak had not yet reached the status of a pandemic and before the stock market began recording historic losses not seen since the Oct. 19, 1987 stock market crash.

On March 5, AMD CEO Lisa Su said the company expects a "modest impact" on revenue, but it hasn't affected the company's short-term and long-term revenue forecasts.

Intel CFO George Davis said at a Morgan Stanley conference on March 2 that the company expects a "modest disruption" as it "continues to operate on a relatively normal basis around the world."

Meanwhile, Nvidia CEO Jensen Huang said on Feb. 13 that the company expects a $US100 million loss in revenue for its first quarter, which would represent roughly 3 percent of its total forecast that quarter.