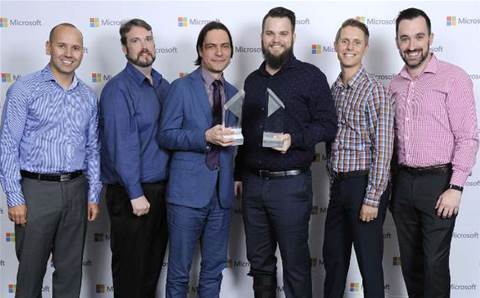 Linked gallery: Which tech companies are the best to work for in Australia?

Multinational research firm Great Place to Work overnight revealed its annual Best Places to Work list for Australia, with several IT companies getting a look in.

Enterprise IT provider Ignia added to its Microsoft partner awards glory on Monday night, crowned the best reseller to work for with a number six ranking in the "fewer than 100 employees" category.

"It's a huge honour for us to not only make the Best Places to Work list for the second year in a row, but to have moved up two places," said Ignia director Josh Boys told CRN. "I couldn’t be prouder of our exceptional team."

The company had expanded to Sydney and Melbourne in the past year, branching out from its Perth roots.

"Maintaining the same family friendly culture whilst growing rapidly across a region as large as Australia has been challenging, but we see this as a critical ingredient to our continued success," said Boys.

Kiandra IT, Altis Consulting, Sitback Solutions and Odecee were among the other resellers and solutions providers to be named among the best employers.

Distribution Central was the only distributor to be honoured, ranking 14th in the "100 employees or more" category. Chief executive Nick Verykios said his staff are the "key differentiator" in a competitive industry.

"We build amazing careers, and let our people manage their own journey, while we sponsor their dreams and remain their biggest fans," said Verykios. "This is supported by the highest quality coaching, career counselling and uninterrupted education."

"Whilst we’re honoured to be ranked 14th, we’re prouder that we’ve been ranked six times, which speaks to the unrelenting focus on people and culture in our business since we started in 2004."