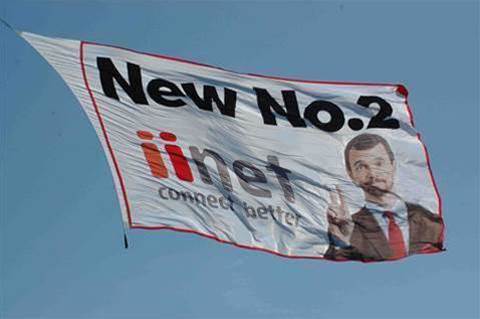 iiNet and Internode are the latest ISPs that have agreed to compensate customers who could not reach the internet speeds on the NBN they were advertised.

The two ISPs, which are both owned by TPG, will compensate a combined 11,000 customers that purchased the highest speed plans advertised of 100Mbps.

The Australian Competition & Consumer Commission found that 7621 customers, or 64 percent, on iiNet's 100Mbps plan via fibre-to-the-node (FTTN) could not reach those speeds. Out of that, 2000 of those customers couldn't reach the next speed tier down of 50Mbps.

As for Internode, 1720 customers, or 34 percent, that purchased 100 Mbps plans via FTTN couldn't reach those speeds. Affected customers with FTTB plans will also be compensated, though the ACCC noted that fewer of these customers were affected compared to FTTN customers.

“iiNet and Internode have admitted that between 2015 and mid-2017, they both likely engaged in misleading or deceptive conduct or made false or misleading representations by promoting and offering NBN plans with maximum speeds that could not be delivered," ACCC commissioner Sarah Court said.

“Internet service providers must provide accurate information to customers about the speeds they can access on the NBN. Many customers could not reach the maximum speeds advertised by iiNet and Internode because their NBN connection was not capable of delivering it. Some customers couldn’t even receive the maximum limit of lower speed plans.”

Affected customers will be contacted by iiNet or Internode before 27 April and be given the option to move to a lower speed plan or cancel their plan with no extra charge. In both cases, customers will receive a refund.

iiNet and Internode are the fourth and fifth ISPs to accept court-enforceable undertakings in regards to misleading NBN speed claims. Telstra agreed to compensate customers in November last year, followed by Optus and TPG in December.

The ACCC has been on the warpath in keeping ISPs in line to only advertise typical internet speeds that can be expected, rather than the theoretical maximum speed. Most recently, the ACCC committed to releasing NBN broadband speeds to combat misleading advertising.

Grow your software revenue by selling these 5 affordable, essential tools for the modern workplace
By Brendon Foye
Mar 20 2018
1:03PM