iiNet customer base grows for the first time since TPG buyout 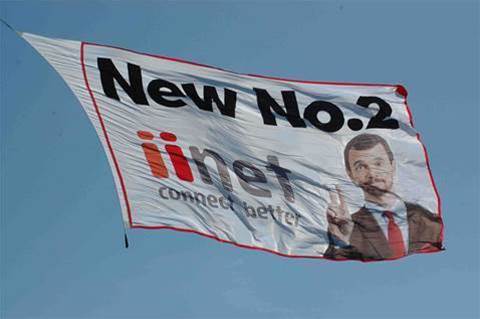 iiNet's customer base has bounced back for the first time since being acquired by TPG, with broadband subscribers increasing by 7000 to reach 990,000.

The telco's broadband customer base dipped from 989,000 in January last year to 983,000 six months later, a year after the $1.56 billion acquisition by TPG was completed in September 2015.

iiNet's mini-revival also allowed the TPG-owned telco to grow its earnings by from $111.1 million to $141.7 million for the half year ending 31 January 2017. From the $34.6 million earnings growth, TPG said that $14.7 million came from organic growth, while $15.9 million came from the three extra weeks' contribution compared to the last financial period

iiNet's mobile subscriber base continued to slowly decline, reaching 165,000 in the financial period, down from 176,000 last year. The Telecommunications Industry Ombudsman identified a "significant" rise in the number of complaints to iiNet post-acquisition, growing 48.2 percent in November 2016.

All three of TPG's business units, which includes iiNet, Corporate and Consumer, all saw increased revenue and broadband subscribers.

Revenue for the corporate division, which includes data services and voice, was up four percent to $337.5 million, mainly attributed to a nine percent growth in data revenue. TPG said that it made investments in growing its sales team during the half-year to cover opportunities that arose from its expanded fibre network.