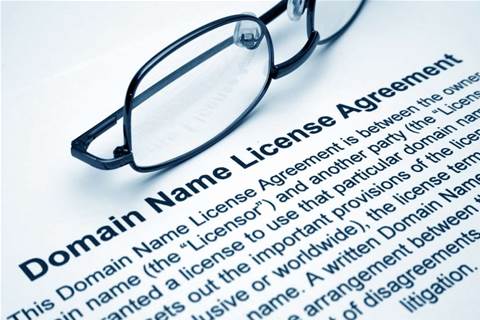 Internet service provider iiNet has confirmed it is investigating applying for a generic top-level domain space with the international registry before the cut-off date in April this year.

iiNet CEO Michael Malone told CRN sister site iTnews this week that the company was in the "early stage" of investigating the application.

If the provider does apply, it will join a growing list of companies, cities and governments lobbying for their own 'slice' of the internet, replacing their traditional .com.au domains with 'general top-level domains'; websites ending in .afl, .sydney or .melbourne.

But iiNet could be the lone Australian telco in the first round, which ends on April 12 and will likely be the last chance companies and government get for a generic top-level domain for the next few years.

Telstra and Optus, the most likely telcos to take part, both confirmed they were not interested at this stage while sources said another likely industry for the branding measure, airlines, had yet to show an interest.

Another likely contender, NBN Co, was not "actively pursuing" the opportunity while Australia's fourth largest provider TPG did not respond at time of writing.

It is expected many companies that do take up the offer will look to undertake a rebrand in the process - given the hundreds of thousands or potentially millions of dollars involved in applying - though those in the industry have acknowledged some intend to simply "park" the top-level domains for protection measures.

The onerous application process and instant $185,000 application fee required by the Internet Corporation for Assigned Names and Numbers (ICANN), as well as the technical infrastructure required to run the domain space, have been some of the factors attributed to Australian companies falling behind in their proportionate interest of the new domain offer.

Adrian Kinderis, chief executive of Melbourne-based gTLD registry ARI, said only half of the clients his company had started representing for applications were from Australia.

He told iTnews he expected 100 global applications by the ICANN's April 12 deadline, but a small proportion of these were likely to be Australian.

"Australia traditionally has a very positive IT presence, we're at the forefront within many of the sectors of IT. But for some reason on this one we're falling behind and I don't know whether it's because the marketing department is failing to understand what this is or whether the IT department isn't sure what they can with a top-level domain - or whether it's just the economic climate - but Australia is certainly on its heels," he said.

Wil Tan, co-founder and chief technology officer of Cloud Registry - which is set to handle technical aspects of the top-level domain bids for the city of Tokyo as well as Canon and Hitachi - said only a "handful" of the 40 applications his company had fielded were from Australian organisations.

Instead, he said a lot of larger companies, though interested in the offer, had adopted a "wait-and-see" approach to gTLDs in fear of the domain offer becoming little more than a sinkhole for cash with little marketing benefits.

Regulators had also warned of the greater potential for a "lawless froniter" through introduction of the new domain spaces.

On the other hand, smaller web-based companies keen to cash in on the offer have been knocked back by Tan's company for allegedly failing to develop a mature business model or front up the cash required to apply for the service.

In addition to the base $185,000 application fee, it is expected companies need up to a million dollars in consulting and other technical fees required to stand up the DNS servers and databases required to run the top-level domains.

Kinderis said he wasn't aware of any potential applicants eager to in-source the technical requirements.

Increased publicity around the application round, which began in January, has led to interest ramping up from companies, however.

Public approaches to gTLDs by the AFL as well as the NSW and Victorian state governments locally are expected to have a flow-on effect for other organisations maintaining the wait-and-see approach.

Kinderis expects many companies to wait until the last minute to secure their "slice of the internet".

"I'd like to think this is a nice, linear take-up but I think it's going to be a mad scramble until the end," he said.