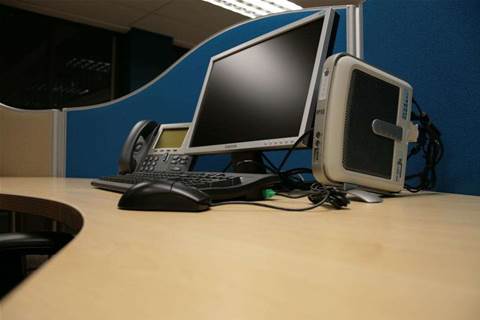 Perth ISP iiNet has announced plans to offer up to one Terabyte of broadband data per month for customers who bundle phone and internet services.

This was a fivefold quota increase on iiNet's previous largest ADSL2+ plan, which offered 100GB peak and 100GB off-peak for $129.95 per month.

The new pricing schedule (pdf) would cut the number of iiNet's bundled ADSL2+ offerings from seven to four plans that ranged from $29.95 for a total quota of 20GB to $99.95 per month.

Other broadband offerings would also be "simplified". Instead of seven current Naked Business DSL "anytime quota" offerings, iiNet has introduced three plans that range in price from $89.95 for 50GB+50GB on- and off- peak data to $149.95 for 300GB+300GB.

But "this isn't about big plans - it's about sustainable plans," he said.

"iiNet is moving Australian broadband forward," he said. "We've built a high performance network over the past five years, including great long term deals with our suppliers.

"We have oodles of bandwidth and it's about time we used it."

iiNet's one-Terabyte announcement came two days after announcing its 2010 annual results and a week after rival ISP Internode unveiled its "simplified" offerings with a maximum quota of 240GB.

The announcement also followed iiNet's plans to acquire AAPT's consumer business for $60 million, which would see it take over 113,000 DSL customers in September.

When the acquisition was announced last month, iiNet's chief regulatory officer Steve Dalby said the ISP was unlikely to continue with the unlimited plans offered by AAPT.

Dalby said that unlimited plans "might be good for bragging rights" but were unnecessary given that most subscribers could live on much smaller monthly quotas.

Grow your software revenue by selling these 5 affordable, essential tools for the modern workplace
By Liz Tay
Aug 18 2010
3:20PM