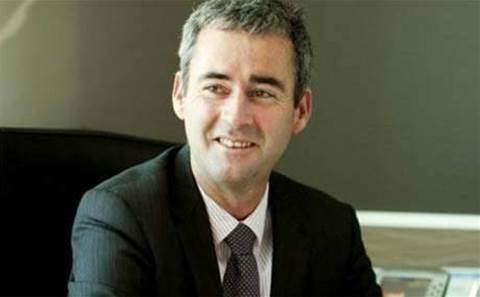 ISP iiNet is considering whether some of its 8000 customers on interim NBN satellite services would be better served by switching across to Optus mobile broadband.

Three months after raising concerns about growing congestion on the interim satellite service, the company took the drastic action of suspending all sales of what has been a popular offering for the Perth headquartered company.

CEO Michael Malone said iiNet was "absolutely gutted" to withdraw the product from sale given its popularity.

"At its peak, we had 500 customers signing up every week for our NBN satellite services," he said in a statement.

It is this same popularity that has driven concerns about the interim satellite service's capacity limitations.

In August, iiNet pulled its 20GB interim satellite plan from sale, continuing to sell only a 10GB quota plan. That, too, has now been removed from sale as — according to iiNet — capacity constraints take a toll on the satellite service's usability.

"During occasional peak periods the [interim satellite] service was so slow as to be almost unusable," Malone said.

"iiNet is committed to providing high-quality broadband, so in order to meet our own customer service objectives, we could not continue to offer a service markedly below both our own and our customer's expectations."

Malone called on other ISPs to follow suit to "respect their existing customers and also cease sale" of any new interim NBN satellite services, since continuing to add users would only serve to further degrade performance for all using the service.

Malone is also considering ways to improve the service quality for iiNet's user base of around 8000, who will stay connected to the interim satellite service for the time being.

One option being weighed up is potentially migrating some of the 8000 off the interim satellite service altogether to "faster wireless services that are gradually being extended to remote and regional areas by our mobile wholesale partner [Optus]".

"iiNet will look into current mobile coverage available to existing satellite customers and offer them the fastest service available," a spokesperson told iTnews.

"Whether that is 3G or 4G will be based on our mobile partner's existing and future mobile coverage."

Such a move — potentially shifting customers off NBN infrastructure — will heap pressure on NBN Co and the Federal Government as they move to finalise a reboot of the project.

It will, however, undoubtedly buoy the likes of Vodafone Hutchison Australia, which wants the NBN rebooted to support the growth of fast cellular broadband services.

iiNet is effectively demanding that transmission capacity for the interim satellite service be increased, a move which NBN Co has so far resisted.

An NBN Co spokesperson has been contacted for comment.