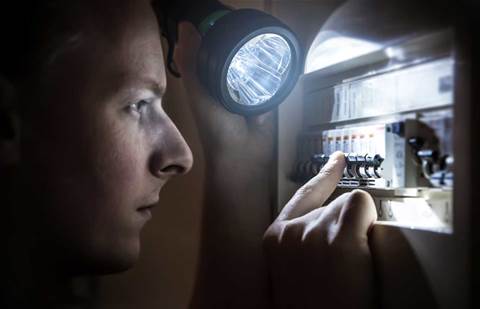 iiNet has confirmed a major outage is occurring on its network due to issues with a data centre in Western Australia, disrupting broadband and voice services.

The telco reported that an incident began mid-Wednesday morning, summarising the issue as "we've lost power to a data centre in WA", stating the affected area as "Australia".

There were as many as 1103 reports on service disruption aggregator Aussie Outages, with reports coming from across Perth, Melbourne, Sydney, Adelaide and Brisbane.

iiNet is having issues since 10:57 AM EST. https://t.co/t8frcrpVxh RT if it's down for you as well #iiNetdown

Hi Michael. We're aware of an issue that will be affecting connectivity for some customers in WA. Our Network Operation Team are aware of this and are investigating to resolve this as a priority. Thanks for your patience as we get this fixed. @iiTalW

On its network status page, iiNet advised customers to powercycle their modems but noted that some services would still be impacted.

"Please be aware that a large number of tools are still unavailable and may result in difficulties when contacting our customer service team. Engineers are working to restore the remaining services as soon as possible."

The disruption follows an outage on Telstra's network yesterday.

Update 1.04pm: An iiNet spokesperson told CRN that network teams had confirmed that internet traffic and services had been restored.

"Our teams are actively restoring services to less than 1000 affected DSL customers who are still currently offline," the spokesperson added.

Grow your software revenue by selling these 5 affordable, essential tools for the modern workplace
By Nico Arboleda
May 2 2018
12:34PM