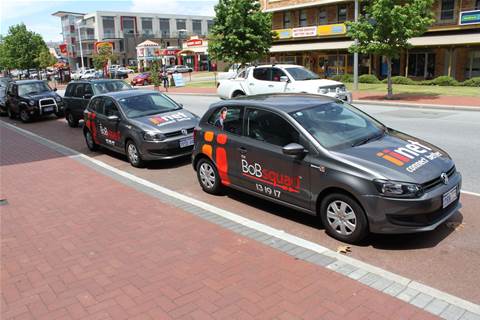 ISP iiNet will today open an experience centre at its Perth offices where customers can experience a mock smart home set-up and ask questions of Bobsquad home installation technicians.

Managing director Michael Malone told CRN that the "highlight" of the centre is a house with a "white picket fence", fake grass, a lounge, kitchen, dining room and bedroom.

"All of the equipment is going to be set up in there, so you can walk in, sit down on the couch and try out [IPTV service] fetchtv [for example]," he said.

"The whole purpose of the house is that these days the internet isn't a computer connected to a modem.

"People are using heaps of devices inside the home that are all net-connected, so we kind of wanted to have a place where you could see how all this stuff works together and what it does."

The centre will also have retail space to show off iiNet's burgeoning range of hardware products, including the Piix 3G-enabled photo frame, which launched yesterday.

"I'm going to give one of these to my mum for Christmas," Malone said.

"If I'm out and about, I can take a picture of the kids [and] MMS it directly to the picture frame, [and] it will appear on rotation in there.

"We don't make a lot of money out of these things, it's not about [that]. It's just really cool tech."

In addition, members of iiNet's Bobsquad — field technicians that perform in-home setup for a fee — will be in the centre when they aren't in homes, enabling customers to walk in and seek product assistance.

Though Malone said he'd like "to aspire to the idea that they're a bit like a Genius Bar" — similar to the technical support offered at Apple's retail stores - he noted he "wouldn't want to draw that comparison too far".

If the Perth centre is successful, another one could potentially be rolled out in Adelaide.

Internode, which iiNet bought in December last year, "already has a small street-front area where people can come in and pay their bills and get support if they need to do it face-to-face", Malone said.

"You could try and do the same thing there if this works out in Perth," Malone said.

iiNet's Sydney offices are in an office tower without street frontage, while iiNet has Melbourne operations at Camberwell.

"While we could do [it] in Melbourne, I don't think the location really suits itself to that [purpose]," Malone said.

The experience centre is one of a number of changes Malone has instigated to make iiNet's Perth office more reflective of the company and its culture.

"It's a big corporate reception desk as you come in, and it's not very 'iiNet' at all," Malone said.

"[The challenge was, how do we bring the community into our office in a way where it doesn't feel like just visiting another corporate office?"

Breakout areas were added to the reception space for impromptu meetings, and iiNet has shifted its network operations centre (NOC) out from level three and onto the ground floor, where it is now visible from the street.

The ISP has also installed an array of screens behind reception to surface aggregate information from the NOC, such as traffic volumes and network status.

The experience centre is expected to be officially launched at 11am. Stay tuned to CRN for photos.