In COVID-19 crisis, public cloud computing is ‘an unsung hero’ 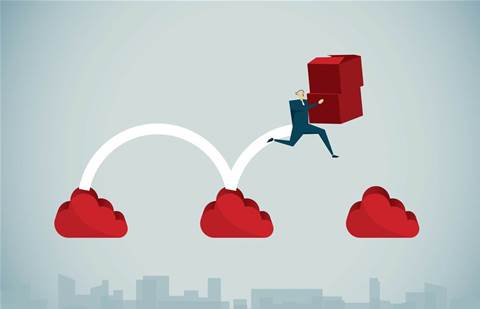 The growing coronavirus crisis has been a test like no other of the ability of online applications to dramatically, reliably and securely scale—a remarkable feat only possible because of public clouds and their companion technologies.

Office closures, social distancing and shelter-in-place orders have resulted in a massive and sustained surge in users of collaboration, shopping and entertainment solutions as the entire world converts personal interactions to virtual ones.

So far, that unprecedented shift has gone off with barely a stutter. As millions around the world strive to remain productive, and fight boredom, public cloud has enabled video conferencing, remote project collaboration, e-commerce, education, gaming and streaming video companies to meet spectacular and unplanned-for demand in a way that would have been impossible a decade ago.

While application vendors like Zoom Video, Slack, and Netflix are at the forefront of public consciousness these days, behind the scenes, Amazon Web Services—which supports all those web-scale companies—has been the essential player in enabling them to accommodate a world in crisis.

Added to that load, AWS infrastructure also hosts its own company’s increasingly called-upon applications, from the world’s largest e-commerce service to the Prime Video streaming service to the Twitch gaming platform.

“We have taken measures to prepare and we are confident we will be able to meet customer demands for capacity in response to COVID-19,” is the only statement an AWS spokesperson would share with CRN.

While AWS is reticent to share usage statistics or toot its own horn amid global turmoil, solution providers like Seattle-based managed cloud consultancy 2nd Watch are grateful for their public cloud partner’s ability to meet the challenges brought on by a global pandemic.

“Right now, everything is doom and gloom out there,” 2nd Watch Executive Vice President Jeff Aden told CRN. “But the majority of companies have been able to continue to operate because of the cloud.”

2nd Watch, which manages AWS and Microsoft Azure environments for many large enterprises, hasn’t seen a hiccup in availability or latency amid the surge in demand, Aden said. Those public cloud giants deserve credit for that.

Businesses and consumers appreciate the resiliency that has been demonstrated in recent weeks by front-end applications like Zoom, Skype and Slack, Aden said, but it’s the back-end infrastructure of AWS, Microsoft Azure, and Google Cloud that are keeping those now-vital services running smoothly.

And it’s not just the hyperscalers that are rising to the challenge of a stunning, and potentially transformative moment in the history of technology.

Those application vendors are spinning up compute nodes at a breakneck pace to keep up with the growing number of people working from home—or, like many bored teenagers these days, not working from home. With its usage-based pricing model, Digital Ocean expects that trend to accelerate.

“Cloud services are an unsung hero in enabling this massive, sudden shift to a remote-first workforce, Joshi told CRN. “It's easy to forget, but ten years ago, none of this would have even been possible.”

Infrastructure-as-a-Service providers aren’t the only unsung technological heroes of the coronavirus crisis—the sudden shift to remote work and socialization also wouldn’t be possible without software solutions that enable rapid, secure and consistent deployment of application environments.

“The world is going online all of a sudden at velocity,” he said.

Cloud infrastructure configuration solutions in particular, like HashiCorp’s Terraform, have made it possible for Software-as-a-Service providers and enterprises around the world to quickly scale operations—telling AWS to spin up 10,000 instances one moment, and then pull them down the next—with “barely a blip” as far as outages, he said.

“It underscores how profound this platform shift is,” McJannet said. “Cloud is proving itself, if nothing else, over the last week.”

Ansible, an infrastructure configuration manager from Red Hat, now a subsidiary of IBM, is another product that allows complex cloud environments to be deployed with the click of button in accordance with the infrastructure-as-code mantra of the DevOps movement.

Refactr, a startup in Seattle that offers a unique Ansible-as-as-Service solution on its platform, has seen increased signups as the result of “a lot of people working from home and looking for new tools and services to help them,” Refactr CEO Michael Fraser told CRN.

That trend has led the company to add to the top of its Refactr Platform development roadmap a self-service signup feature that will accommodate the surge it is seeing.

The coronavirus crisis may forever change how companies rely on Ansible and other automation technologies, said Joe Dickman, senior vice president of Vizuri, a large Red Hat partner based in the Washington, D.C. area.

“Most organizations we speak to are only having basic crews working,” Dickman said. As such, customers are looking to automate more—accelerating a trend that was happening even before the virus upended global business.

The industry will likely look back at the global pandemic as “a catalyst that wakes up the laggards and moves disciplined automation forward,” Dickman said.