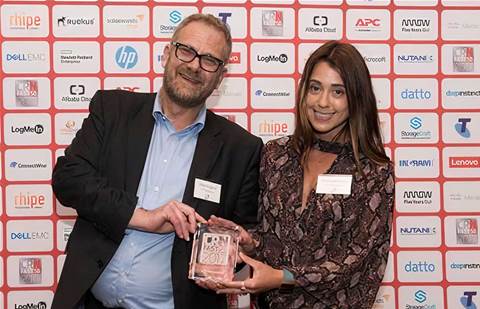 The Australian IT channel is in mourning after losing one of its brightest stars last week.

ICT Networks chief executive Rob Kingma passed away suddenly and unexpectedly last week. His passing is understood to have been of natural causes and under non-suspicious circumstances.

Mr Kingma leaves behind his loving wife Caroline and daughters Hayley and Nicole, as well as two grandchildren.

The team at CRN express our deepest sympathies to the Kingma family and those in Rob’s network and community feeling the pain of his loss at this time.

Rob Kingma, born in 1961, was known in the channel as the CEO of networking specialist provider ICT Networks, a position he had held since 2009. He had joined the company just a year prior as the director of sales and marketing.

Mr Kingma had a remarkable impact on ICT Networks, consistently growing the company and earning the admiration of his dedicated staff. Backed by his leadership, ICT Networks appeared as a CRN Fast50 finalist on four occasions, including just last year on growth of 72 percent.

This year, ICT Networks was also named as a finalist in the CRN Impact Awards for its work helping law firm MinterEllison conduct a major networking upgrade.

Mr Kingma’s career in technology and business was dotted with executive and managerial positions at the likes of Ernst and Young, Optus, BellSouth, Xerox and more.

The leader was passionate about his work, and in his LinkedIn profile's About Me section expressed that it was a source of great satisfaction to him every single day. His work philosophy and that of the company he ran was not to sweat the small stuff but remain focused on building real relationships with customers toward mutual success.

Mr Kingma was well-known by CRN, and on several occasions gave his valuable time to provide commentary on articles about the latest trends in networking, as well as attend CRN-hosted roundtables to share his business insights and experience with his peers in the channel.

This week, ICT Networks managing director Mitch Barr wrote to the company’s customers and its LinkedIn network to share the difficult news.

“It is with deep sadness that I write to let you know that Rob Kingma, CEO for ICT Networks for the last 11 years, passed away last week, suddenly and unexpectedly. Rob will be greatly missed by everyone who was lucky enough to have known him,” Barr wrote.

“I will cherish his friendship; the good times we shared; the business we worked on together and of course, the most down to earth guy you’ll ever meet. Rob was a man of such integrity and with a heart of gold; a great man whose life and legacy will never be forgotten.

“Rob took ICT Networks from a start-up to become one of the most respected and fastest-growing networking companies in Australia. We all gained so much from having him lead and mentor us over the years, and Rob was proud of the team he had built and developed to grow the business.

Barr said he would be assuming Mr Kingma’s role within his managing director remit in the immediate future until a new CEO is appointed.

“Finally, we send our love and support to his family, friends and all of those impacted by the tragic loss of this incredible man."

“Rob, you have been my boss, my mentor and like family to me for 10 years.” she wrote.

“I’m beyond blessed to have had you take me under your wing all these years ago. We have all gained so much from having you lead and mentor us all these years and as we step into this new era we are proud to be doing so in your honour.”

“On behalf of the entire Juniper team, we extend to you our sincerest condolences with the passing of Rob Kingma,” Iatrou wrote.

“I am truly saddened and just have no words to describe how I feel right now - I cannot imagine how it all feels for you all.

“I am thinking of you all and have my phone at the ready if you need someone to talk too.”

ICT Networks has communicated to CRN that Mr Kingma’s legacy will live on as the team pledges to honour his memory and continue to provide a high level of service relied upon by the company’s customers.

Cloud application revenue made easy
By Michael Jenkin
Sep 23 2020
7:07AM