In memory of Alex Lopez 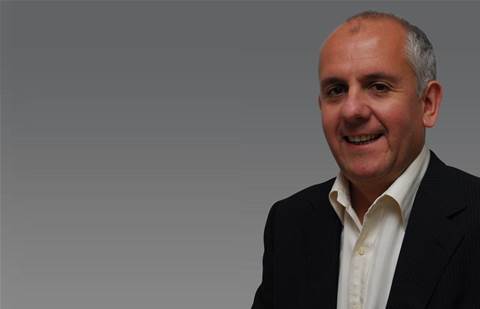 Australia’s technology industry has united in grief at the passing of much-loved entrepreneur, mentor, triathlete and fund-raiser Alex Lopez, who passed away last week at the age of 58.

Lopez spent more than 30 years in and around the channel in a series of senior roles, most recently at Tecala Group, OneAffiniti, Channel Dynamics and Euroz.

He has been remembered as being almost literally tireless in his efforts to grow businesses, help others, and push his own limits.

“He was just an enigmatic, unique, strong, beautiful character,” his widow Mary-Ann told CRN. “He had that ability to make everybody feel special.”

“I hope he is remembered for seeing talent in people, mentoring them and inspiring them,” she said. “I’ve received beautiful letters from young people who told me that, ‘Alex saw something in me, threw me in the deep end and I swam because of his guidance’.”

“He always had time for everyone. He just had that energy and that drive.”

Cam Wayland of Channel Dynamics, who worked alongside Lopez in the late 1980s and then again at Channel Dynamics, said his “dulcet baritone, laugh, love of Spanish food and wine and of course his dry sense of humour will be missed by all he touched, encouraged and helped to be better business people”.

Pieter DeGunst of Tecala Group said he considered Lopez: “First as my leader, then a coach, mentor and advisor, and finally as a business partner. Personally, I’m proud to call Alex one of my closest friends."

“Those of us who had the good fortune to know Alex well will know how kind and caring he was, along with his incredible amount of drive and passion to help people achieve their goals, both personal and professional."

"The company culture he was able to lead in his business pursuits, and the sheer number of people with tremendous respect for him speaks volumes as to the impact he’s had on so many people in our industry.”

“Nothing speaks more about his discipline and tenacity, along with mental resilience than his decision to take up competing in triathlons in his 50s!” Anthony Sarkis of Veeam said.

“To me, Alex was a coach, a mentor and a great friend. I watched as he turned business after business around. His sales management and coaching ability was awesome to watch and be part of. I will always remember he would say to me, ‘If you can’t measure it you can’t control it’. Words I live by every day.”

Sarkis added: “Alex also taught me the importance of charity. I worked with him while he was running Brainwave - Australia’s only charity supporting paediatric neuroscience - and we spent many a night feeding the homeless together. His inspiration and wisdom will be greatly missed.”

I hope he is remembered for seeing talent in people, mentoring them and inspiring them

Mary-Ann Lopez shared a story about how his charitable activity and triathlons mixed.

After a health scare in his early 50s, friends challenged Lopez to take up triathlon. In typical style, he soon took on the biggest triathlon challenge of them all, a half Iron Man (2km swim, 90km cycling, half-marathon). He also decided to turn his feat into a fund-raiser, and did so to the tune of $14,000.

One of Lopez’s triathlon friends was at his bedside in his last days, and Mary-Ann said some of their last conversations reflected Alex’s belief that inner qualities were more important than outward appearances.

“Alex joked about wearing his lycra, even though he was just 42 kilograms. Then he said, ‘At least I am going to be comfortable, you’ll be squirming in a suit at my funeral.”

Alex Lopez will be farewelled on Monday, September 30th, from 2:00PM at the Magnolia Chapel on the grounds of Macquarie Park Cemetery on Delhi Road, Sydney.