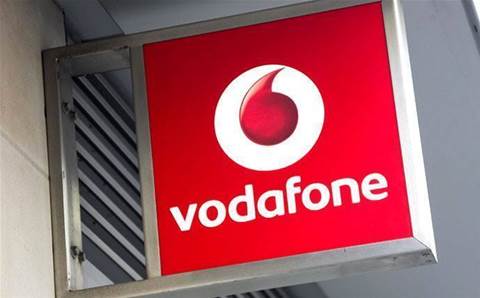 Vodafone has unveiled details of the NBN speed tier plans and customer service initiatives it will offer as it gears up to enter the fixed-line broadband market later this year.

The carrier hopes it can differentiate itself in the NBN landscape, aiming to “resist the status quo” and lift the broadband experience for customers as its services begin an initial rollout in Sydney, Canberra, Melbourne, Geelong, Newcastle and Wollongong.

Vodafone will offer a range of home and business broadband plans. Home plans start at $70-per-month for basic home plan over 24 months on the NBN 12 speed tier (12Mbps download, 1Mbps upload), and go up to $110-per-month for the premium plan on the NBN 100 speed tier (100Mbps down, 40Mbps up). NBN home plans include up to 3GB of additional mobile data on Vodafone services, and month-to-month plans are also available.

Vodafone’s business plans start with the $80-per-month essential plan, providing access to the NBN 25 speed tier (25Mpbs down, 5Mbps up), and go up to the $110-per-month premium plan, which is the same as premium home.

To sweeten the deal, the company is offering a 30-day network satisfaction guarantee, the ability to change speed plans once per bill cycle without fees and 4G backup service.

The company threw shade at the existing providers in the market and boasted its commitment to get it right, with Vodafone general manager of broadband Matthew Lobb promising the provider would “lift the game”.

“We see enormous potential in the NBN to finally provide Australia with world class broadband. However, what we’re seeing is the old guard telcos bamboozling Australians with techno-speak, confusing plans and poor customer experience,” he said.

“It’s clear to us that Australians are seeking an alternative to what’s currently available in the market, and more importantly, a provider that is willing to be accountable.

“Over the past year Vodafone has listened to what many Australians who have connected to the old DSL services or the nbn™ have had to say about their experience. People are feeling frustrated with the connection process, underwhelmed by the products and information they were provided when they signed up, and are confused about the speed options on offer.”

The company’s NBN services will first become available through an invitation-only launch, for which it is taking expressions of interest.

“What we've observed is that you can rush to launch to make a land grab that’s not customer focused, but that's not what we're about. We’re in this for the long haul and we want to make sure that we do it right,” Lobb said.

The Australian fixed-line broadband market is in the process of a shakeup, with the Australian Competition and Consumer Commission calling for sweeping reviews of NBN around advertising, marketing and complaint resolution while a war of words wages between NBN Co, the wholesaler, and ISPs over who is to blame for connection speeds that are not living up to consumer expectations.