In with IBM, out with Oracle at Human Services 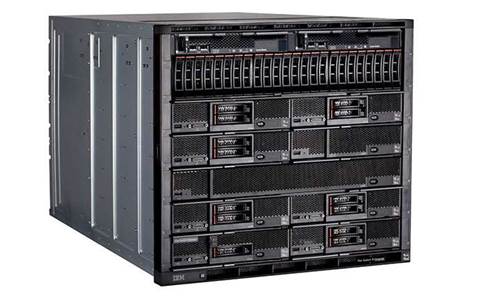 The Department of Human Services has spent $21 million with IBM in a deal that includes converged infrastructure and "enterprise-class servers" as it replaces ageing Oracle M9000 enterprise servers.

The department has already announced IT spending of more than $200 million in the 10 weeks since 1 July, with IBM the biggest winner, landing $32 million worth of work including that $21 million deal.

According to Austender, the IBM sale went through on 12 June, in the previous budget year.

The agency's new myGov portal was plagued with issues in early July, though an agency spokesperson said the IBM investment was unrelated to these problems.

DHS is also in the thick of a $1 billion overhaul of its 30-year-old Centrelink payments system.

IBM systems will replace the department's fleet of M9000s, which are built around the Oracle Solaris operating system, "as part of our refresh cycle", said the DHS spokesperson. The agency chose IBM "based on value for money and a lower risk".

The spokesperson would not expand on software running on the new IBM hardware, other than to say they "will run multiple workloads".

The $21 million purchase is the biggest single investment by DHS announced so far in the 2016 financial year. In the whole of last year, IBM Australia's DHS work totalled $18.4 million.

The deal is good news for IBM, which is heavily focused on trying to grow the market share of its Power product lines following the sale of its x86 commodity servers to Lenovo for $2.1 billion in 2014.

In March, the new Department of Immigration & Border Protection worked with IBM and its partner, ISI, to migrate its border and visa processing from Power 7 to Power 8, in a project worth $5.4 million.

Queensland-headquartered IT service provider Dialog IT and Hitachi Data Systems have also landed large bids for DHS since the start of the financial year.