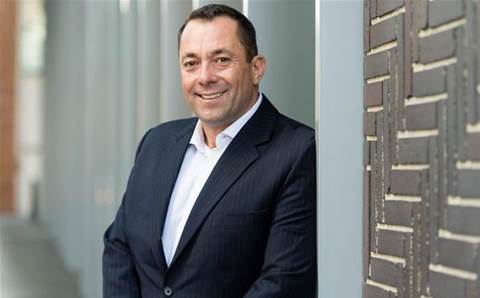 The deal is still subject to a number of conditions, including formal consent from some of Hostworks' customers. The transaction is comprised of a $5 million upfront payment, and a further $2 million payment deffered to the next financial year. The acquisition is expected to be completed by the end of the week.

The company also operates a 24/7 network operations centre in Adelaide, which Inabox said would give it a leg up in the South Australian market.

In the last financial year, Hostworks reported $22 million in revenue, 90 percent of which was recurring revenue. It employs 92 staff and operates two data centres, one in Adelaide with 140 racks and 40 racks in Equinix' Sydney data centre.

The addition of Hostworks staff brings the total headcount to about 300 in the first year. Hostworks is expected to deliver $3.5 million in earnings in its full year under Inabox ownership.

Inabox said that the deal would also give both companies opportunities to cross-sell products and services across both customer bases. Hostworks will continue to operate as a standalone company while Inabox boosts its existing cloud offering in the enterprise market, propelling Inabox to becoming the "leading managed IT, cloud, and communications company to SMEs and corporates in Australia," the company said.

Inabox chief executive Damian Kay said the deal would give his company the ability to manage enterprise-scale transfers of information to the cloud.

"More and more of the companies we work with are moving towards the cloud to reduce capital expenditure on infrastructure and take advantage of the convenience of cloud services, such as increased scalability and reduced maintenance costs," he said.

"We don’t just want to cater for this trend, we want to be the best at it. That’s why we bought Hostworks."

Inabox has been subject to major M&A activity over the past three years. In 2014, the company acquired Anittel for up to $10 million which allowed Inabox to move into IT and cloud services.

Inabox made another acquisition in 2015 by buying the assets and customer base of AAPT wholesaler CloudXchange.

Last year, Inabox sold off the Hosted Collaboration Solutions business to Telstra for $4.5 million, which it acquired from the Anittel transaction. The business unit existed to provided Cisco hosted collaboration services to the Tasmanian government.