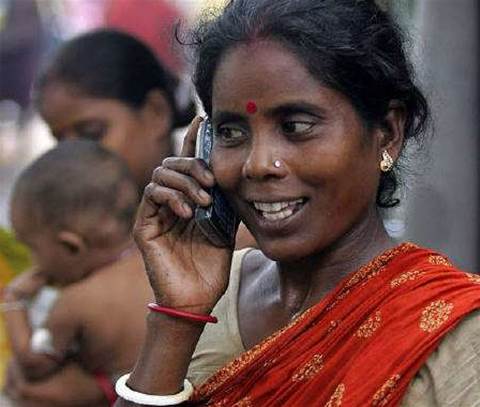 The wireless telecom services business has boomed as more people use mobile services due to the sluggish growth of fixed-line services, leading to a rise in foreign investment flows in the sector.

The Cellular Operators' Association, representing nine carriers offering the widely-used Global System for Mobile (GSM) services, said the number of additions in October was higher than the 1.96 million users who signed up for a new connection in September.

Local mobile call rates as low as 2 US cents a minute are driving cellular usage in India, where six people in 100 in the more than a billion-strong population use mobile services including CDMA technology.

Last month, UK-based Vodafone Group Plc paid US$1.5 billion to buy a 10 percent stake in Bharti to cash in on the rapidly growing wireless market.

State-run Bharat Sanchar Nigam Ltd, the second-ranked GSM player, has a mobile user base of 12.51 million customers including the around 600,000 subscribers it added last month.