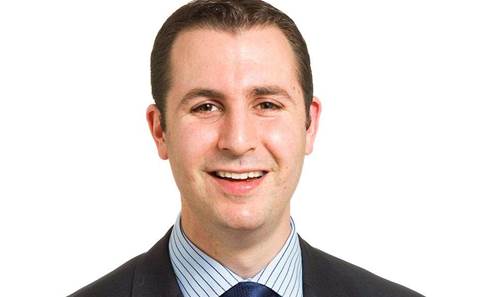 Infoready has taken on Adaptic’s three data scientists, including a former bronze medallist in the 2004 International Informatics Olympiad algorithm contest and one that finished in the top 10 percent in a competition run by well-known analytics site Kaggle.

“They are hard to find… to have a top 10 percent finish on Kaggle is amazing,” he said.

The deal is not a buyout, with Sternson calling it an “in-kind transaction.” Adaptic’s staff will potentially benefit from assets, equity or bonuses over a period of time. Adaptic Solutions will cease to exist after the deal is done.

The new data science practice is expected to generate $1 million in revenue and 10 new jobs.

While there is no dollar value attached to this takeover, hundreds of millions is being spent across the industry in the analytics space.

HDS has said its planned acquisition of US firm Pentaho will be the largest ever of a privately held big data company. HP is expected to close a deal to buy US company Voltage Security soon, while Open Text splashed US$330 million buyout of Acutate.

Cisco has predicted trillions of dollars of the expected Internet of Things market will involve data analytics and big data.

Sternson argues the bar has lifted in the last 12 months in the data analytics space.

“We can do probably 80 percent of the analytics, but when it gets extremely complex that’s when you need to hire data scientists,” he said.

The trend is seeing techniques used in the mining industry make their way to sectors like retail. Infoready is helping retailers find “signals” in shoppers’ buying patterns. For utilities providers, it’s possible to predict when equipment will fail. Understanding how customers of might act based on “social sentiment” is another application.

“It’s a completely different language and way of thinking we just don’t do,” said Sternson.

Six year-old Infoready is on its way to achieving $20 million in revenue in the 2016 financial year, he said.

Cloud application revenue made easy
By William Maher
Mar 24 2015
8:00AM