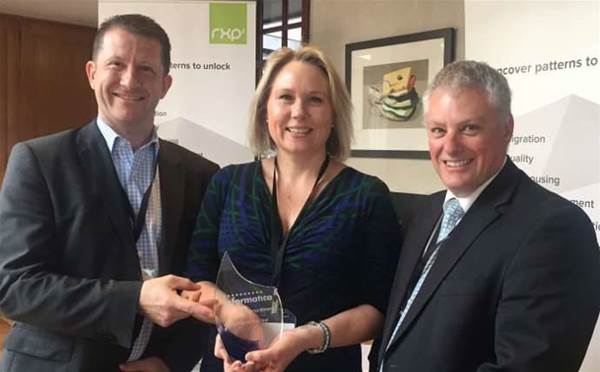 US-headquartered software company Informatica has announced its top partners at Informatica World 2016, which took place in Canberra on 20 October.

RXP Services was named partner of the year for Australia and New Zealand, based on its revenue achievement, excellence in service delivery and overall customer satisfaction.

The company's national practice director, RXPInsight's Stephen Wayne said: "Being named Informatica Partner of the Year demonstrates the collaboration and dedication to customer outcomes that RXP Services delivered, together with Informatica."

The overall revenue of the partners in the region increased more than 30 percent year-on-year, according to Informatica. Some of the key growth areas named by the company included finance, retail, government and utilities.

"The tremendous growth our channel community experienced both last year and into this year is a testament to our mutually beneficial partnerships," Nick Smith, Informatica's managing director for Australia and New Zealand, said.

The INFORM Partner Awards recognise the highest achieving partners who demonstrated strong revenue growth and a commitment to delivering innovative solutions in collaboration with Informatica.

The awards are presented yearly to regional members of the INFORM Partner Program.