Infosys takes over from IBM on Australian Open analytics 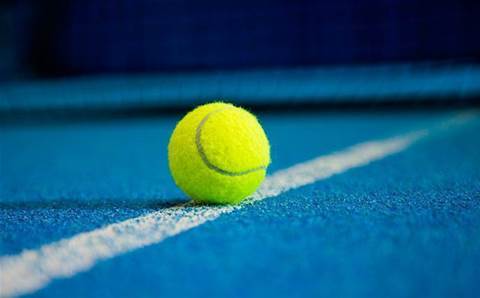 The India-based consulting firm has secured a three-year contract as the official “digital innovation partner” for the Australian grand slam tennis event, reporting that it would deliver experiences to fans of the game powered by big data and analytics, artificial intelligence, and virtual and augmented reality.

Tennis Australia and IBM’s contract was terminated in October 2017 after more than two decades of partnership, in which Big Blue supported the event through a range of technology services including web hosting and IT services as well as functionality for fans, such as iOS and Android mobile apps.

Neither confirmed which party pulled that deal, though a number of well-placed sources suggested IBM made a strategic decision to withdraw from the Australian Open, which cost millions of dollars each year in sponsorship fees as well as "value in kind" services.

IBM had brought a series of innovations to the Melbourne event, from the launch of the 'speed serve system' in 1993 to more modern technology such as data analytics and social media sentiment analysis. CRN understands these kinds of operations, in particular, will be handled by Infosys moving forward.

“Partnering with Infosys is an exciting next step in our ongoing quest to innovate the Australian Open and engage new audiences across the world,” tournament director Craig Tiley said.

“We have long understood the importance of using data and insights to improve connections with our fans, players, coaches and the rest of the tennis community and we look forward to working with Infosys to change the way we all experience our great sport in the future.”

“We’re really excited about the opportunity to showcase how digital technologies can enhance the boundaries of this tournament, to change the way the Australian Open is watched, analysed and played,” he said.

“This association with Tennis Australia also reaffirms our strategic commitment to the region where we partner with some of the leading enterprises in driving their digital transformation agenda.”

It is not yet understood how much of the Australian Open underlying technology infrastructure will be managed by Infosys, and if its tech ties run as deep as those did with IBM’s partnership.