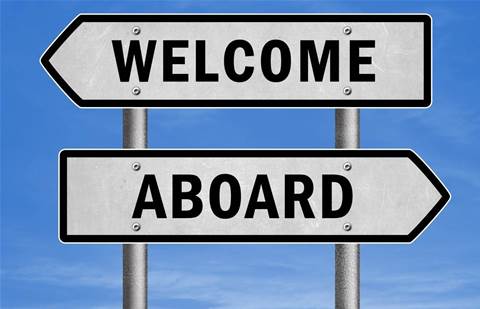 Utge is a 17-year Ingram veteran, having joined in 2002 as a finance manager for Ingram Micro’s Miami Export an since risen through the ranks to lead the distributor in Brazil and India.

That position became vacant after incumbent Gina Mastantuono revealed she was “leaving to take the role of CFO for a US publicly traded company”, according to an Ingram statement.

“Succession planning is always a focus for Ingram Micro, and we are fortunate to have a strong bench of talent, such as Mike and Diego, ready and willing to take on new responsibilities,” said Alain Monié, Ingram Micro CEO.

Utge joined Ingram India a little under two years ago and his LinkedIn profile suggests that was his first role in the region. He will soon lead Ingram across Australia, China, Hong Kong, India, Indonesia, Malaysia, New Zealand, Philippines, Singapore, Sri Lanka, Thailand and Vietnam.

Grabbing the hybrid cloud opportunity with Lenovo and Azure Services
By Simon Sharwood
Nov 18 2019
6:40AM