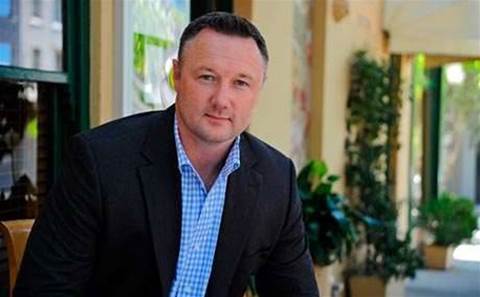 The performance of Ingram Micro Australia was singled out for praise in the distributor's global full-year results.

Alain Monié, Ingram Micro's chief executive, said that there were "strong increases across most product lines" in Australia, and that the "core Australia business" had returned to profit, following years of red ink.

Globally, Ingram Micro grew sales 9 percent to hit US$46.5 billion in the 12 months to 3 January 2015, but its operating income dropped 5 percent to US$487 million, an operating margin of 1 percent.

Commercial and SMB were solid performers, said Sanderson, and Ingram's diversification into physical security, audio-visual and mobility have all been bearing fruit.

Ingram's biggest vendor announcement in the past 12 months was the Dell enterprise account, and it also clinched deals with HP Software and Eaton, among others.

"We also successfully launched our supply chain services division, which offers our partners a wide range of logistics capabilities, enabling them to reduce their cost base and become more efficient and effective in getting their products to market. We saw an increasing take-up of this service as the year progressed," said Sanderson.

Cloud has been a major focus for Ingram at home and abroad. In November, CRN revealed the latest developments in Ingram cloud strategy, with the distie set to launch the second version of its cloud marketplace, built on the Parallels platform, in the first quarter.

The marketplace draws on Parallels’ software aggregation to offer unified invoices for all cloud products purchased through the distie.

"Launching the local cloud business was another major step for our company as we built out a new team, brought on many new partners offering a variety of cloud-based services and invested in our infrastructure which will soon deliver our cloud 'marketplace'," said Sanderson.

"The 'marketplace' allows partners to procure cloud-based services seamlessly from multiple vendors from one platform, and has received very positive reviews from the channel in its initial launch in North America last year."

Ingram Micro Australia's results for this most recent fiscal year will be lodged with local regulator ASIC but not for some time. The most recent figures available to CRN, for the 12 months to 31 December 2013, showed that the distie had increased revenue by 14 percent to $1.4 billion, and posted a $31.2 million loss, an improvement of $50.4 million.

Grab the MSP security opportunity
By Steven Kiernan
Mar 3 2015
7:07AM